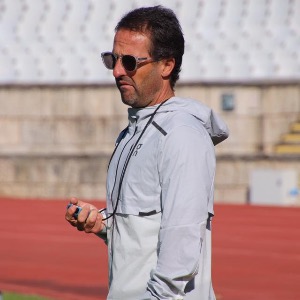 Lino Miguel Galego Barruncho Lino Barruncho
Have a Question? - Contact Me Contact Me
Coach Summary Meet Your Coach Contact
Coach Summary
Refund Policy
Plans are protected by our Refund Policy and may, with the author's approval, be exchanged for a plan of equal value from the same author.
Location

Maximize each athlete highest potential by turning dreams into goals with a relationship of trust and transparency.

He started as a Duathlon athlete in 1992 and competed for 15 years until an accident ended his career as an athlete.

Since 2009, Lino has been working as a coach. He guides Triathlon Federation Elites of Portugal. In this job, he surpassed the number of medals won as an athlete, including: gold and bronze medals in the European Championship, 5th place in the Rio de Janeiro Olympic Games, silver medal in the World Championship, and many others.