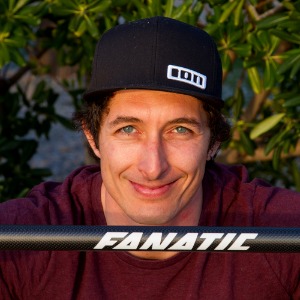 Christian Taucher Stand Up Paddle Sportclub Graz
Have a Question? - Contact Me Contact Me
Coach Summary Meet Your Coach Contact
Coach Summary
Refund Policy
Plans are protected by our Refund Policy and may, with the author's approval, be exchanged for a plan of equal value from the same author.
Location

Hi, my name is Christian „ChrisDiver“ Taucher
“My life is flavoured with sports every day, waves and great friends. Dont wait - do what you love, ist my secret of life.“

Chris’s personality and charisma make him an icon for the younger generation of Stand Up Paddlers in Europe. He spends a lot of his time, training hard at home, coaching new and old Stand Up Paddlers at the famous Sup Sportclub Graz and searching out to find and train the first olympian champion in Stand Up Paddling.

Born in 1981, Chris is a natural sports enthusiast from Graz, Austria. He has was talented in many sports like snowboarding, windsurfing, soccer, tennis as child. He played Handball as playmaker and captain for more than 10 years in the best clubs in austria. During this years he studied automotive engineering and sport-science at the university of Graz.
He got his master degrees in Sports-Science, sports pedagogic and geography. After this he started as Sports-Director of the Ballsports College HIB in Graz. On the other hand Watersports which he has done so many years on every free minute, getting more and more in the focus of his life.
Last year Chris followed his wife, who got a job offer from the Austrian Highschool (St. Georgs College Istanbul) to Istanbul. After he arrived here Stand Up Paddleboarding, Surfing, Windsurfing and Kitesurfing the Black Sea and the Mediterranean coastline becomes his main life contents.
Chris is known and respected in the surfing world for his ability to conquer smaller waves and having the guts to drop the giant ones.
After moving back to Austria, Chris started to dream about competing in Stand Up Paddle races. He wrote a trainingsplan for himself and started to train on the Austrian lakes and rivers. After the 6 months of training the Stand Up Paddle race season started, Chris won 6 national races and qualified as fastest Austrian for the World Championships 2017 where he finished on 14th position, all in his first year of paddling.