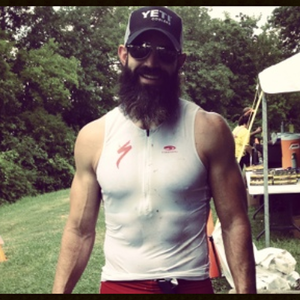 Brett Crossland Crossland Human Performance
Have a Question? - Contact Me Contact Me
Coach Summary Meet Your Coach Contact
Coach Summary
Refund Policy
Plans are protected by our Refund Policy and may, with the author's approval, be exchanged for a plan of equal value from the same author.
Location

Whatever your goals may be let us design a way for you to get there. Whether its weight loss, running a marathon, or just getting back into the shape you used to be, we can make it happen. Our staff has experience training over 35 sports from the collegiate, Olympic, and professsional level, and will design an individual plan to fit your lifestyle and schedule.

Unofficially the only person in the nation who has won a National Championship in Olympic Weightlifting, completed an Ironman Triathlon, and also survived a bobsled crash. Founder, Brett Crossland, has unmatched experience in the strength and conditioning world from working with thousands of athletes in over 40 sports.

Currently Brett resides in Wichita Falls Tx with his wife Ashley, daughter Abigail, and sone Benjamin. He is the Strength & Conditioning coach at Texas Womans University where he is also completing his PhD. in Exercise Physiology.

Prior to this, Brett was a Performance Specialist with the U.S. Military. As a contracted employee he developed comprehensive strength and conditioning plans for our special forces troops on a daily basis. Before working with the military, he was employed by Brown University as an Assistant Strength & Conditioning coach where he was responsible for the training of 18 Men's and Women's Sports.

Prior to working at Brown, Brett was employed in Strength and Conditioning roles with the University of Pennsylvania, and the USOC.