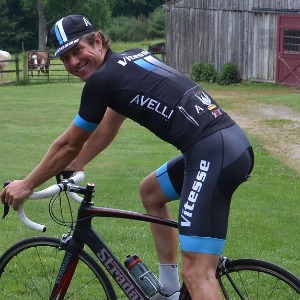 Michael Chauner Vitesse Sport Performance
Have a Question? - Contact Me Contact Me
Coach Summary Meet Your Coach Contact
Coach Summary
Refund Policy
Plans are protected by our Refund Policy and may, with the author's approval, be exchanged for a plan of equal value from the same author.
Location

Vitesse takes a balanced approach to training, blending all of the important attributes of the sport into one successful piece as understood in the heart of European cycling. Strength, power, speed, and endurance training is interwoven into each custom program, providing Vitesse athletes with all of the ingredients needed to perform at a high level.

Michael Chauner has been involved in cycling for 20 years as an athlete, coach and entrepreneur. He began racing at age 14 and steadily improved through the junior
ranks, collecting state and national championship medals, earning a spot on the Junior National Team in 2004 and competing with team USA in Belgium, France and Holland. He helped his PA Team decisively win the National Team Pursuit Championship and qualify for the 2004 Junior World Track Championships in Los Angeles.

In 2009 he was invited to join Team Cykelcity.se of Sweden and turned professional with them in 2011 where he earned international victories in Belgium and Sweden.

Mike balances his own racing with group and individual coaching, derived from both his own experience and the top coaches who taught him, including seven years under Olympic silver medalist Brian Walton, and six years with Sweden’s top cycling coach and exercise physiologist, Mattias Reck. His former team director, Aike Visbeek, went on to direct the Sunweb team in the Tour de France.

Mike’s coaching company, Vitesse Sport Performance has evolved through indoor training facilities, performance testing, personal coaching programs and team development, all focused on helping individual athletes achieve their personal goals. He now runs a top amateur team in Pennsylvania through his company that focuses on youth and new rider development, plus any interested athlete seeking to better his or her skill, experience, and performance.