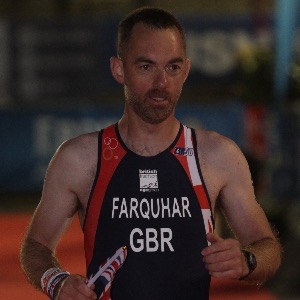 Here at Celtic Coaching we are a multi-sport coaching company that focuses on your individual goals. Our aim here at Celtic Coaching is clear, we will motivate you to broaden, develop and to achieve improvement in your performance. Whether you goal is to run 5K or to compete in an Ironman Triathlon we will provide high quality and friendly coaching.

Barry is a former Military Intelligence Analyst, providing operational and strategic intelligence to senior Military Commanders as well as various Governmental Departments. Upon completing a 25year career with the Army in 2014, Barry established his own multi-sport coaching company, Celtic Coaching Limited.

Barry began his coaching career in 2004; working his way up through the levels to complete the British Triathlon Federation Level 3 in 2012. During this process he successfully completed single discipline coaching qualifications along with more specialist areas such as Doping, Sports, Organisations and Sciences.

This passion for knowledge and learning has stayed with Barry along with the desire to question what is considered normal practice as well as new theories or concepts. By continuing on a path of life long learning Barry feels it allows him to better support the athletes he coaches.