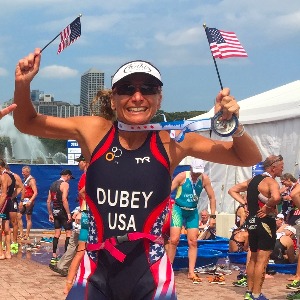 Celia Dubey Total Fitness Health Club & Spa
Have a Question? - Contact Me Contact Me
Coach Summary Meet Your Coach Contact
Coach Summary
Refund Policy
Plans are protected by our Refund Policy and may, with the author's approval, be exchanged for a plan of equal value from the same author.
Location

In 2006, I left corporate America and used my entire 401K savings as a down payment to buy Total Fitness Health Club & Spa. I get to live my dream to own and run a health club. I do all the marketing, programming, and manage the daily operations of the club. I teach group exercise classes, I personally coach people of all ages whether their goal is to lose weight, do their first triathlon or become a world champion triathlete.