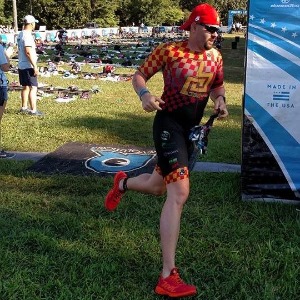 Tim Delss CB Multisport
Have a Question? - Contact Me Contact Me
Coach Summary Meet Your Coach Contact
Coach Summary
Refund Policy
Plans are protected by our Refund Policy and may, with the author's approval, be exchanged for a plan of equal value from the same author.
Location

Sport Types
Services
Athlete Requirements
A positive attitude and a want to improve is all that I ask.
Meet Your Coach

From your first 5k to your 10th 140.6 Triathlon CB Multisport can help you become a smarter, stronger, faster you.

I have been competing in organized sports since age 5. Starting in team sports and eventually moving into endurance sports in 2007. First as a runner and then progressing into triathlons in 2010. My first triathlon was the 2010 Savageman 70.0, rated as The Hardest Triathlon on Earth by Triathlete Magazine in March 2010.

"Since completing my first race I have immersed myself in the triathlon community as an athlete, volunteer and coach. I have served as the Training Coordinator for the Mid Maryland Triathlon Club for the 2012, 2013 and 2015 seasons. For the 2016 season I was the Vice President and currently I'm serving as the club's president for the 2017 and 2018 seasons as we continue to help the club and triathlon community grow.".