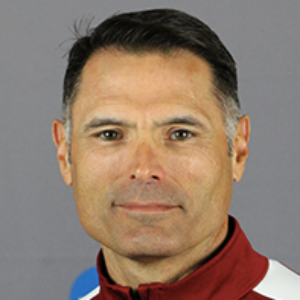 Bryant Howard O2 Endurance, Performance Coaching
Have a Question? - Contact Me Contact Me
Coach Summary Meet Your Coach Training Plans Contact
Coach Summary
Refund Policy
Plans are protected by our Refund Policy and may, with the author's approval, be exchanged for a plan of equal value from the same author.
Location

Bryant Howard has coached triathlon for over 25 years, working with numerous age groupers and professionals. Among his roster of professional athletes, most began working with him as amateurs and qualified for elite licenses while working together. Among Howard's cast of age groupers, hundreds have competed at USAT National Championships with dozens qualifying for ITU World Championships where they represented Team USA. He has shown repeatedly that he enjoys and excels at working with athletes of all levels.

In recent years Howard has pursued an interest in training facility development both in the United States and abroad. Those facility projects have lead to some unique opportunities to work with a variety of individuals and teams. Throughout the years he has taken on multiple scholastic coaching roles that have prepared him for his current role as the Head Coach at Lenoir-Rhyne University.

Prior to his return to the collegiate ranks, Bryant led the coaching education program at USA Triathlon. There, he planned and administered certification clinics for coaches throughout the country and redesigned the Coach Development Pathway being used to develop future generations of triathlon coaches.

If you want to be coached by Bryant you don't have to be a professional, but you absolutely to have to be committed to putting in the work to be the best that you can be.