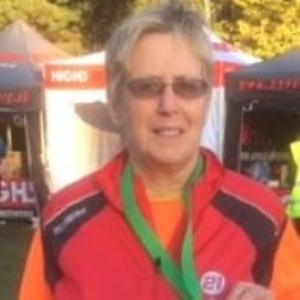 Kath Akoslovski Bridge2succeed Coaching
Have a Question? - Contact Me Contact Me
Coach Summary Meet Your Coach Contact
Coach Summary
Refund Policy
Plans are protected by our Refund Policy and may, with the author's approval, be exchanged for a plan of equal value from the same author.
Location

British Cycling Level 3 Road & Time Trial Coach, Level 3 Track Coach & Association of British Cycling Coaches Level 3 with 17 years Coaching experience. As a full time, Coach Kath has enabled athletes to achieve their goals working with beginners to Amateur World level. As a qualified Therapist she also works with athletes on mental skills and nutrition.
Kath predominately works with individuals, age or ability is not a barrier.

Kath has been involved in cycling and sport for over 30 years, starting with a base of long-distance solo touring and endurance events. She has competed in all distances of time trials from 10 miles to 24 hours and holds several National UK road records from 25 miles to 100+. She has done track racing, road racing and mountain biking. She has also competed in Triathlon, trail runs, swimming and rowing events. Kath has been a British Cycling Coach since 2003 and coached groups and individual riders (1 to 1) from novices to amateur world championship riders
Following a serious accident & several knee operations, she had to learn to walk again and thus understands the frustration of inability to train whilst injured and the long process of recovery. Kath is a qualified Therapist and works with athletes to improve mental ability & focus using appropriate techniques, which is much more than just visualisation. Mental power is equally important as physical ability and training to achieve maximum performance and goals.