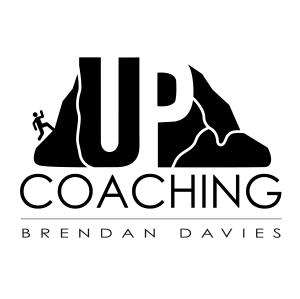 Brendan Davies UP Coaching
Have a Question? - Contact Me Contact Me
Coach Summary Meet Your Coach Contact
Coach Summary
Refund Policy
Plans are protected by our Refund Policy and may, with the author's approval, be exchanged for a plan of equal value from the same author.
Location

Sport Types
Services
Athlete Requirements
UP Coaching has a strong inclusive philosophy and caters for all runners; from those taking their first steps through to the fun runner and elite athlete.
Meet Your Coach

UP Coaching - Unleashing Potential to Ultimate Performance.
Running Coaching and Squad Training with Brendan Davies and his team of coaches.

UP Coaching was formed by Brendan Davies in 2013 with one aim in mind - to help others achieve fitness and personal success through running. Brendan utilises his skills as both an elite athlete and a teacher to offer individualised programs; catering for each athlete's goals and lifestyle.

UP Coaching has a strong inclusive philosophy and caters for all runners; from those taking their first steps through to the fun runner and elite athlete.

Brendan is one of Australia's most successful and versatile endurance runners. He has had success on both road and trail; over short and long ultra distance races. It is with a similar desire that Brendan brings to his coaching venture.