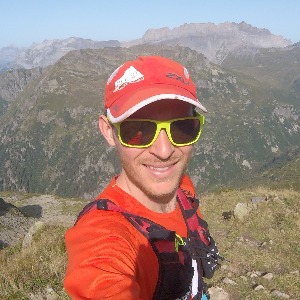 Ben Duffus Mile 27
Have a Question? - Contact Me Contact Me
Coach Summary Meet Your Coach Contact
Coach Summary
Refund Policy
Plans are protected by our Refund Policy and may, with the author's approval, be exchanged for a plan of equal value from the same author.
Location

Ben Duffus has an abundance of running experience. After twice representing Australia as a junior at the World Mountain Running Championships, he initially struggled to turn his potential into ultramarathon results. After starting to work with Mile27 in 2012, he reaped the benefits of race-specific training and finished 7th at the prestigious Ultra Trail Australia (then TNF100) in 2013. From there, steady improvement has led to many amazing experiences around the globe through running, such as a bronze medal at the 2014 Skyrunning World Championships. In 2016, Ben's focus evolved to assisting other athletes around the globe as a running coach.

With a background in scientific research, Ben values evidence based and up-to-date training methods, but as an athlete also understands the importance of a personalised approached. His passion for chasing for audacious goals overflows to his peers and he is dedicated to assisting other runners as a Mile 27 coach. While Ben is fascinated by, and continues to expand his knowledge about, the physiological side of running, he recognises that the psychological side is of (at least) equal importance. Hence Ben strives to find out what drives his clients, in order to help them become the best that they can be.