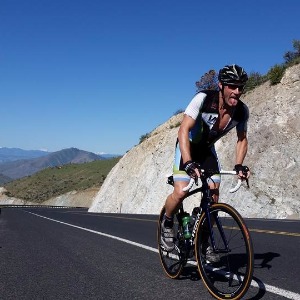 Ben Bigglestone Vo2Multisport
Have a Question? - Contact Me Contact Me
Coach Summary Meet Your Coach Training Plans Contact
Coach Summary
Refund Policy
Plans are protected by our Refund Policy and may, with the author's approval, be exchanged for a plan of equal value from the same author.
Location

Sport Types
Services
Athlete Requirements
A desire to be better tomorrow than you were today!
Meet Your Coach

Coaching triathletes of all levels from novice to professional since 1992. Vo2Multisport coaching begins with a full functional movement screen and physiological assessment to establish baseline movement patterns and cardiovascular capacity.

Leveraging a squad approach and favoring local level coaching where the coach can really see the heart of the athlete Vo2Multisport has become the premier coaching organization and triathlon team in the Pacific Northwest.

Ben Bigglestone was involved in the very first delivery of what was then the BTA's British Triathlon Association) Level one coaching certification back in the mid 90's in Bath, England under the guidance of luminary coaches Richard Hobson and Robin Brew. His first exposure to group coaching was at Leeds Metropolitan University where he coached the swim team and then later with Jack Maitland and David Tilbury-Davis he took charge of the Leeds & Bradford Triathlon Club. His degree in Sport & Exercise Science, BTF Level 1&2 coaching certs, USAT Level 1 coaching cert and IMU certification plus 25 years of practical hands on coaching make him one of the most experienced and vocationally qualified coaches in the country.