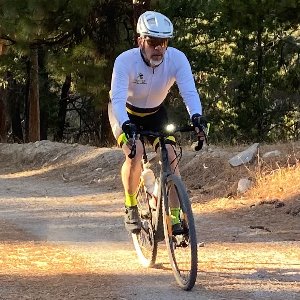 Life long athlete and avid cyclist interested in helping you to reach your goals as a cyclist or runner: improving fitness, becoming a stronger athlete, finishing a 5K to a marathon, completing a century or racing competitively while maintaining a balance between your sport, work and family

Joe is a Chicago born, life long athlete, cyclist, outdoorsman, Army veteran who understands that there is life off the bicycle and beyond sports. He enjoyed a successful career in the U.S. Army and Federal Government, finishing his career with the Federal Highway Administration. He has B.S. degrees from the University of Louisville, the Ohio State University and an MBA from Syracuse University. He is the coordinator and a sponsor of the Nevada Senior Games Cycling Races held annually near Las Vegas.

Joe rode and raced in Europe and United States competitively while balancing career and family. Career highlights: Logan to Jackson (LATOJA) and both Mount Evans and Pikes Peak Hill Climbs, Carson City Off Road, Numerous charity rides, imperial and metric centuries. Now trying his hand at local CA and NV gravel events! At age 50 discovered the Senior Games and has won medals in state games in Colorado, Wyoming, Nevada and has qualified and competed at the National Games.

Cyclists and runners dedicated to personal improvement and athletic growth. Power meters perferred but not required for cyclists

To hire Joe Dailey as your coach, select the coaching service that is right for you.