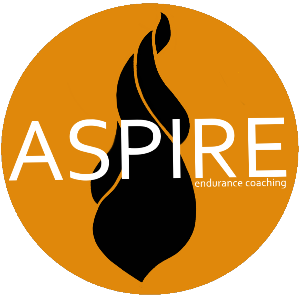 Joanne Gribler Aspire Endurance Coaching
Have a Question? - Contact Me Contact Me
Coach Summary Meet Your Coach Training Plans Contact
Coach Summary
Refund Policy
Plans are protected by our Refund Policy and may, with the author's approval, be exchanged for a plan of equal value from the same author.
Location

Joanne is a triathlon and endurance sport coach with 20 years of racing experience. As a former D1 Cross Country, Track and Swimming athlete with her Doctor of Physical Therapy, she will get you on track to your goals.

Joanne has been racing and competing in a multitude of events since she was 8 years old. She started as a swimmer and then as a cross country/track athlete when she was 12. Overtraining and burnout led her to quit swimming and pursue running full time, eventually earning a spot on University of Cincinnati's XC and T&F teams. A series of injuries led her to hang up her spikes, but the swim coach took note and offered her a place on the Varsity Swimming and Diving team. After earning her undergraduate degree, a BS in Health Science with a concentration in Exercise Science, she attended Mount St. Joseph University where she completed her Doctor of Physical therapy. Since then, she has been an active clinician for 7 years, specializing in helping endurance athletes, runners, cyclists, and other athletes return to top form and competitions. She started running and racing again in 2015 and started doing triathlons the following season. She has continued to progress and improve and is regularly on the podium at regional events. Multiple USAT All-American honors, Short Course National and World Championships qualifiers, and Ironman age-group top-10 finishes are just a few of her multisport accomplishments.

Preferred Athlete Levels
Beginner, Intermediate
Training Plans
Showing 1 of 1 plans View all plans
Plan Level Guarantee
Plans are protected by our Refund Policy and may, with the author’s approval, be exchanged for a plan of equal value from the same author.
View all plans
Have a question? Contact me.