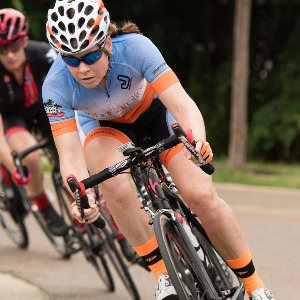 Arden M Stelly Beyond Threshold Endurance and Coaching
Have a Question? - Contact Me Contact Me
Coach Summary Meet Your Coach Contact
Coach Summary
Refund Policy
Plans are protected by our Refund Policy and may, with the author's approval, be exchanged for a plan of equal value from the same author.
Location

I was a competitive swimmer in high school, then became a runner after having children. 9 marathons later, I had some nagging injuries and got more serious on the bike and did several triathlons. In 2011 a friend convinced me to race my bike. Since then I have worked my way up through the ranks to a Category 1 racer and 2x Masters National Criterium champion while juggling the schedules of my 3 sons and husband, and want to share my passion with others who want to improve!

I hold a Bachelors in Psychology and a Masters +30 in Special Education--Behavioral Disorders. I hold a USAC Level 2 Coaching license, I've been a personal trainer for many years, and am now coaching the local NICA team (HS mountain biking team) and the newly formed local junior road team in addition to several 50+ masters athletes. I love working with all age groups!