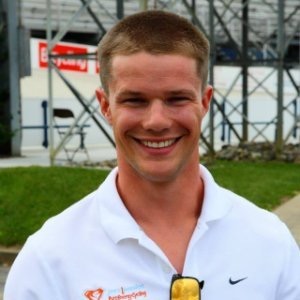 Andy Lakatosh BIG Picture Cycling
Have a Question? - Contact Me Contact Me
Coach Summary Meet Your Coach Contact
Coach Summary
Refund Policy
Plans are protected by our Refund Policy and may, with the author's approval, be exchanged for a plan of equal value from the same author.
Location

After a very successful personal cycling career spanning over 18+ years at the Olympic, World and National levels, I took a step back from my own ambitions to help other athletes meet and exceed their own goals. A project that lead to the founding of BIG Picture Cycling - A coaching group that focuses on the BIG long term goals of the athlete and guides them through the process of becoming a champion, while keeping the safety and health of the athlete the primary objective.

Coach Andy has spent the majority of his life on and around bicycles. After taking his first laps around a velodrome at the early age of 7, during the PeeWee Pedalers program at the velodrome right next to his childhood home in Trexlertown, it was obvious he was hooked. Track and road cycling became a way of life for Andy from that day forward. Through his elaborate cycling career, Andy accumulated 28 national titles, 5 national records, became the 2004 Olympic Team Alternate, was named to the 2008 Olympic Long Team, brought home a bronze medal from the Pan Am Games in Rio de Janeiro, Brazil.

Then after narrowly missing a spot on the team for the London 2012 Olympics, Andy was selected as part of the coaching staff for Trinidad and Tobago. Witnessing the British dominance in London opened Andy’s eyes and lead him to seek a further knowledge of the physical science behind such ground breaking performances. This also lead to the creation of BIG Picture Cycling as Andy began sharing his passion, love and knowledge of the sport of cycling through coaching. Having first discovered the drive and natural aptitude to be a coach at 19, coaching the same community programs he grew up riding in. Always taking the time to thoroughly review and explain every factor in the athlete’s performance is Andy’s trademark whether through email, telephone or trackside. Always welcoming a new challenge, Andy constantly dreams big and helps his athletes to do the same.