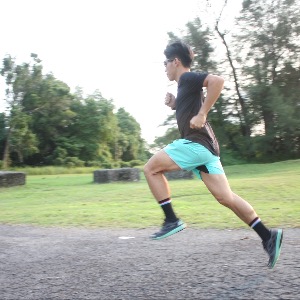 Andy Chia Andy Chia
Have a Question? - Contact Me Contact Me
Coach Summary Meet Your Coach Contact
Coach Summary
Refund Policy
Plans are protected by our Refund Policy and may, with the author's approval, be exchanged for a plan of equal value from the same author.
Location

After attaining my Bachelor degree in Sports and Exercise Science, I went into full time coaching in Track and Field and within 2 years later, I became a triathlon coach. I was the Head coach for a local club called Triathlon Development Squad and represented the state as Coach for the Junior Triathlon Squad.

I provide coaching services to international cyclists remotely, and I conduct 1-1 coaching for local cyclists.

I believe in life through sports and i think there is something magical about sports that brings out the best in people. As a coach, I also become an advocate in promoting cycling as a lifestyle, beyond the sport itself. To see athletes better themselves in terms of performance and in life, gives me the greatest satisfaction of my work.