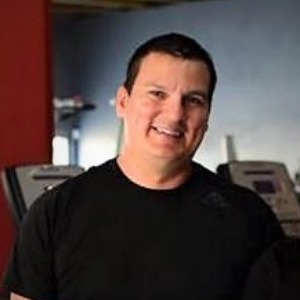 Aldrick Maduro Al Training Performance
Have a Question? - Contact Me Contact Me
Coach Summary Meet Your Coach Contact
Coach Summary
Refund Policy
Plans are protected by our Refund Policy and may, with the author's approval, be exchanged for a plan of equal value from the same author.
Location

In 2009, I finally decided to become a full time coach and started formally working as a personal coach. With nothing but a mat in a room I started offering my fitness knowledge to clients, including the current reigning & 15th time PWA World Champion Sarah-Quita Offringa in 2010, enjoying my first breakthrough with an athlete by supporting her in achieving her 1st world title in the discipline of slalom. Al Training Performance was formally opened in 2012 where I started offering personal coaching to some of Aruba’s elite, junior development athletes of national teams and of the Aruban NOC for which a program is developed to suit the needs of the athletes to perform well and help them reach their competition goals. I worked with Tang Soo Do practitioner Gilberto Boerleider on his journey in becoming World Grand Champion 2012 in the senior men blackbelt division. In 2015 a 5th place was achieved by bowler Thashaina Seraus at the Toronto Games. In 2017 a Vice World Champion position in freestyle kiteboarding with Annabel van Westerop, and that same year a in windsurfing slalom with Ethan Westera. In 2018 Thashaina became CAC Bowling Champion. S&C Beach Volley NT Boys and Girls for Youth Olympic Games Buenos Aires 2018. Pleased with the successes Olympic, world, continental, regional and local level, gave me the boost to join the Training Peaks coaching app, so I can further work towards coaching our local athletes and have the opportunity to work with international athletes.