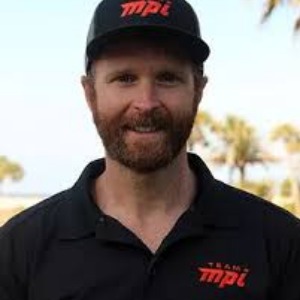 Allen Stanfield Team MPI
Have a Question? - Contact Me Contact Me
Coach Summary Meet Your Coach Contact
Coach Summary
Refund Policy
Plans are protected by our Refund Policy and may, with the author's approval, be exchanged for a plan of equal value from the same author.
Location

Sport Types
Services
Athlete Requirements
Communication with coach! The more the better! I'll work with athletes with and without resources, the more the better, but as long as an open dialog remains we can work together!
Meet Your Coach

Team MPI is comprised of certified, professional Coaches from around the United States with decades of racing and training experience and a performance philosophy based on FREQUENCY, CONSISTENCY and SELF AWARENESS.
With Team MPI's Coaching Programs, athletes can expect superior personalized plans and one-on-one instruction. From years of experience, knowledge and a true passion for sport, Team MPI coaches can help you achieve new goals. We coach the athlete, not the sport.

Allen Stanfield is a Team MPI Senior Coach who has been part of TeamMPI since 2012. He is a Level 1 USAT Coach, and works with multisport athletes of all levels. He has coached a Guinness World Record Holder, as well as first time triathletes, plus Junior Elite Athletes, ITU and IRONMAN™ 70.3 and 140.6 World Championship Finishers, Boston Marathon Finishers, and numerous first time IRONMAN™ Finishers. Allen is a passionate ambassador for the mutlisport lifestlye. He is the Co-Founder and past-president of the Ticking Tri Bombs, a USAT Club, and current Captain of the Chain Tri Team. Every weekend from April-October you will typical find Allen racing with his wife Amy somewhere in the Southeast.

Coaching Highlights
Has coached Long Course Overall National Champions, Regional Age Group Champions, and overall winners of Sprint, Olympic, 1/2 and Full Iron Distance events.
Team Semper Fi / America's Fund Coach
Coach of Guinness World Record Holder for most 70.3 Finishes in a year (2017)
Has had one or more athletes participating in 70.3 World Championship in each year since 2013.

Allen can be reached at Allen@teammpi.com