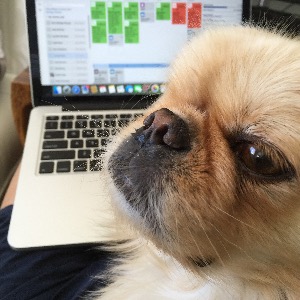 Aubrey Aldy AllDayEndurance
Have a Question? - Contact Me Contact Me
Coach Summary Meet Your Coach Contact
Coach Summary
Refund Policy
Plans are protected by our Refund Policy and may, with the author's approval, be exchanged for a plan of equal value from the same author.
Location

AllDayEndurance is currently working with athletes of all levels from first time half marathoners to the professional level. We are located in south Florida and work with athletes both locally and remotely. At AllDayEndurance we believe it's the coach athlete relationship and the individualization of training that brings success. We strive to get the absolute most out of each athlete based on each athletes specific needs and goals while avoiding injury at the same time.

Aubrey is an eight-year U.S. Army veteran having served three years in the infantry and another five years as a combat medic. While on duty he was the non-commissioned officer in charge of unit physical training; a task that launched him on a path to greater physical challenges in the realm of the USA Triathlon where he earned his professional competitor’s license.

Aubrey Aldy was the 2010 Road Runners Club of America 5k National Champion, 2:35 marathoner, 15 x Ironman finisher, with numerous overall victories to his credit at all distances. Today, Aldy works as a coach of fellow endurance athletes through his business, AllDayEndurance, and as a personal trainer at the Naples,FL YMCA.

In 2008 he began coaching a triathlon club in Charlotte,NC which led to coaching individual athletes from first time runners, Boston marathon qualifiers, and triathletes of all levels. When not coaching or training, Aldy likes to spend the rest of his time with his wife, Crystal, and their three dogs. Aubrey has been a certified personal trainer through W.I.T.S. for 8 years, holds a USA Track and Field level 1 coaching certification, a USA Cycling level 3 coaching certification, and is an IRONMAN certified coach.