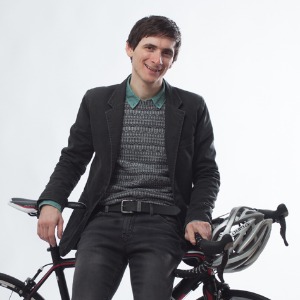 Sport Types
Services
Athlete Requirements
I accept athletes of all levels, as long as we are able to identify clear coaching goals. I do prefer athletes who use power meters and heart rate monitors. Speciality: Para-cycling
Meet Your Coach

I have been involved in cycling from a very young age. After gaining significant personal experience as an amateur & ultra cyclist, I have devoted my career to Sports Science, Coaching & Cycling Tourism. I am experienced in coaching beginners as well as Olympic athletes, having traveled to Rio de Janeiro Olympics with one of my para-cyclists in 2016. My philosophy of coaching is: keep it simple. Its what usually works best for cyclist of all levels! I love to organize training camps as well.

As an amateur cyclist, I have achieved many podium finishes. I completed ultra cycling race Around Slovenia and Paris-Brest-Paris (both events over 1.200km non-stop) in 2011 and later devoted all my energy to Sports Science & Coaching. Since then I have been working full time as a cycling professional. I have finished BsC in Sports Coaching and extensive UCI Coaching Diploma course in Aigle, Switzerland. With the highest degree of coaching expertise, I have been working as a head coach of Slovenian National Para-Cycling Team since 2014. In 2016 attended Rio de Janeiro Paralympic Games with my athletes competing in para-cycling. In my career, I have been working with many athletes of very different levels. Its where I find motivation for high involvement in personal coaching as each cyclist is a special challenge with his or her unique goals. After extensive training at the National Olympic Committee in 2017 & 2018, I have started a new position as a coach-mentor. I`m working with young coaches who want to excel and gain additional experience in coaching as well as running their coaching business. Besides coaching I focus on Cycling Tourism too, organizing training camps and cycling holidays in Slovenia, Mallorca, Dolomites, French Alps & Gran Canaria.