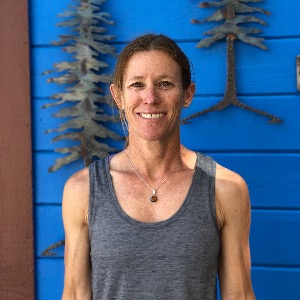 Alana Levin Gillmore Thomas Endurance Coaching
Have a Question? - Contact Me Contact Me
Coach Summary Meet Your Coach Coach Package Pricing Contact
Coach Summary
Refund Policy
Plans are protected by our Refund Policy and may, with the author's approval, be exchanged for a plan of equal value from the same author.
Location

Sport Types
Services
Athlete Requirements
Committed and communicative; I don't require devices but I strongly recommend them in addition to athlete's feedback on mood, sleep, nutrition and stress.
Meet Your Coach

Structured programs based in reality with accountability for the recreational and competitive athlete looking to improve performance.

I started racing endurance sports in 1993 and since then have completed triathlons (ironman distance, half-ironman, olympic and sprint triathlons), trail half-marathons, marathons and ultra-marathons (50mile and 50k) and Nordic ski races (5k-50k).

In 1995, I became certified as a Nordic Ski Instructor and have coached masters and high school teams. I continue to teach, lead clinics and train skiers for Nordic track and downhill.

I received a Bachelors of Science from the University of California at Berkeley in 1997.
After college I moved to the Mammoth Lakes, California area where I now live.

In 1998, I started my career as an NASM certified personal trainer.

In 2000 I became a certified USA Triathlon Coach and in 2005 I formed a triathlon club in our community and began coaching athletes.

In 2007 I began to organize my own triathlon: The June Lake Triathlon and in 2012, I created another event: Graniteman Challenge.