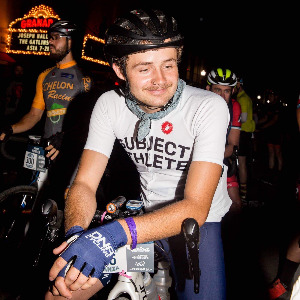 Adrian Bennett Wenzel Coaching
Have a Question? - Contact Me Contact Me
Coach Summary Meet Your Coach Contact
Coach Summary
Refund Policy
Plans are protected by our Refund Policy and may, with the author's approval, be exchanged for a plan of equal value from the same author.
Location

Sport Types
Services
Athlete Requirements
I am excited to work with athletes of all experience levels. Regardless of your goals, I'd be honored to help you hone the process. I can design programs around RPE, heart rate, and/or power.
Meet Your Coach

Adrian is ready to support you through gravel grinders, road racing, mountain biking, ultra-endurance, randonneuring, and cyclocross. He has raced as a full-time student, office worker, and mechanic. His work in the power meter industry gave him an insider’s knowledge of how to get the most from power-based training. Adrian teaches from his depth of tactical experience, whether it’s field sprint positioning or how to eat on a 29-hour ride. He turns overwhelming variables into a checklist.

Adrian earned his degree from Oberlin College with a double major in History and Gender, Sexuality, and Feminist Studies. As the captain of the Oberlin Cycling Team for several years, Adrian learned to mentor aspiring racers. He showed them good form, pack etiquette and handling skills, and accompanied them on many “firsts,” be it first race, first ride over 50 miles, or first podium.
He is familiar with conducting repeatable power tests, training through brutal midwestern winters, and handling most bicycle types in most imaginable conditions.
Adrian’s first cycling obsession was unconventional. After discovering randonneuring his senior year of high school, he assembled a 1969 Raleigh Super Course from the bike shop junk pile and completed a super randonneur series (200, 300, 400 and 600 kilometer rides) with the San Francisco Randonneurs before his 18th birthday.
During college, bike shop colleagues convinced him to try road racing, launching a five-year obsessive hustle of weekends on the road and a scramble for upgrade points. He raced all over the United States, primarily based in Ohio, California, and Oregon. After some respectable stage race showings and road race podium finishes in the Pacific Northwest region, he earned his Category 2 road license from USA Cycling. He also completed the Dirty Kanza 200 in 2017 as part of the Project Y documentary film.
He knows firsthand about injuries, crashes, and comebacks.
Adrian holds a USA Cycling Category 3 Coaching License.