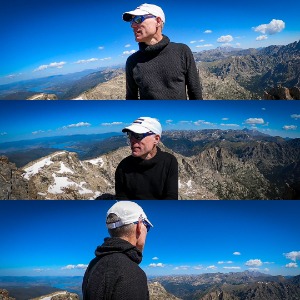 Adam Hodges Alp Fitness
Have a Question? - Contact Me Contact Me
Coach Summary Meet Your Coach Coach Package Pricing Training Plans Contact
Coach Summary
Refund Policy
Plans are protected by our Refund Policy and may, with the author's approval, be exchanged for a plan of equal value from the same author.
Location

Sport Types
Services
Athlete Requirements
Commitment to recording workouts with a GPS device along with subjective comments.
Meet Your Coach

I offer training plans for those seeking personal growth through self-defined challenges, whether those involve races (e.g., 50K trail runs, winter triathlons) or solo adventures (e.g., fast-packing, mountaineering objectives). Learn more about my training approach at alpfitness.com where you can also find additional videos and articles to help you train smart.

Adam Hodges, PhD, is a trail runner, multisport athlete, and coach with credentials from the United Endurance Sports Coaching Academy (UESCA), USA Triathlon (USAT), and the American College of Sports Medicine (ACSM). In addition to coaching runners and multisport athletes, he has coached high school cross country and track in California and masters swimming in Colorado and California. As a USAT All-American triathlete, he has competed in the ITU World Triathlon Championships, the ITU World Duathlon Championships, and the Ironman World Championships in Hawaii. As a masters runner, he has won a series title in the XTERRA SoCal Trail Series. His current pursuits include trail running, climbing, mountaineering, skimo, and cross-country skiing. He began running in his youth and enjoys passing on the knowledge and experience he has gained over the years to both new and experienced athletes seeking to maximize enjoyment, competitiveness, and longevity in endurance sports.

Preferred Athlete Levels
Beginner, Intermediate, Advanced
Coach Package Pricing
Individual Services
Training Plans
Showing 3 of 13 plans View all plans
Plan Level Guarantee
Plans are protected by our Refund Policy and may, with the author’s approval, be exchanged for a plan of equal value from the same author.
View all plans
Have a question? Contact me.