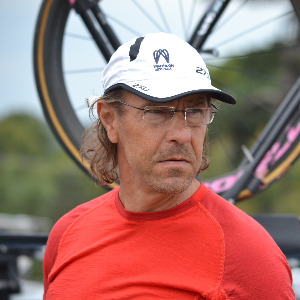 Radek Valenta Zoom in Zones
Have a Question? - Contact Me Contact Me
Coach Summary Meet Your Coach Contact
Coach Summary
Refund Policy
Plans are protected by our Refund Policy and may, with the author's approval, be exchanged for a plan of equal value from the same author.
Location

I have spent my entire life being involved in sporting activities: First as a professional and Olympic cyclist and then in coaching and Sport Science-related roles.

In addition to my success as an athlete and coach I have also established a testing unit http://www.zoominzones.com.au/ (field and lab tests) for sub-elite to elite athletes in cycling, running, triathlon and mountain biking.

After the 2000 Olympic Games I received an AIS Coaching Scholarship as the NSW Development Coordinator/Coach and Assistant National Coach to the Para-Cycling Program. The mission was to increase the number of qualified athletes and develop the NSW Paralympic Team for the 2004 Athens Paralympic Games.

In 2007, I was appointed Head Coach of the United Arab Emirates. I worked there between 2007-2009, coaching the UAE National Road Team, which I led to the best results in the 35-year history of UAE Cycling Federation at the Arab Gulf Cycling Championships (AGCC), held in Bahrain.

More recently, I spent time in Eritrea (Africa) as Head Coach, with the task to develop structured training programs. While there, I helped to organise the first UCI Tour of Eritrea. The Eritrean National Team won the African Continental Championships 2010-2011 and as a result received automatic qualification for the 2012 Olympic Games in London. Two past Team members subsequently completed the 2015 Tour the France and one of the members wore the best climber jersey.