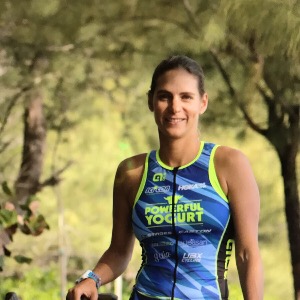 Vanessa Soulavy 101 Training
Have a Question? - Contact Me Contact Me
Coach Summary Meet Your Coach Contact
Coach Summary
Refund Policy
Plans are protected by our Refund Policy and may, with the author's approval, be exchanged for a plan of equal value from the same author.
Location

Sport Types
Services
Athlete Requirements
All levels welcome! THE SECRET TO SUCCESS IS CHOOSING A TRAINING PLAN THAT WORKS FOR YOU. IT DOESN’T MATTER IF YOU HAVE A FULL TIME JOB, OR IF YOU HAVE A LOT OF FREE TIME, WE CUSTOMIZE A PLAN FOR YOU
Meet Your Coach

Find a plan that suits you! Our training plans vary from Triathlon Training with the team, to personalized 1 on 1 private coaching for running, swimming, cycling or strength training, to ONLINE 1 on 1 training custom plans for each athlete! The team trains mostly in Key Biscayne, where we get together for transition bricks, long runs, and open water swims. Even our long rides start here! Online coaching can be anywhere around the world as we have athletes in Dubai, Ecuador, Colombia, Spain, etc.

I began to get involved with sports as a young girl. I was part of a swimming team for eight years, played tennis for seven years and practiced speed skating for another three. I always competed and loved being on the podium, but as a kid, I never took it seriously. As I got older and more competitive, college introduced me to team Sports as I joined the Soccer team and joined the national team shortly after. I also started running 10 k's and marathons, and jumped into triathlon!
After 10 years competing nationally and internationally, I moved to the US and started competing here and coaching. I immediately realized how rewarding it was to help people achieve their goals. As the team was founded in 2015, I started my IRONMAN University Coaching certification and in 2019 I was re- certified as an IRONMAN Coach. I'm currently also a Training Peaks Certification Coach and in the process of my USAT Coach Certification.
Qualifying to the IRONMAN 70.3 World Championship four times has served not only as a motivation for myself, but also as a learning experience that I can share with my athletes.
I hope to keep helping athletes, motivating newbies to the sport, or just helping others build a healthier lifestyle, while keeping myself active as a competitor and as a proud ambassador for all my current sponsor: Maurten,100%, Blueseventy, Hoka one one Powerful Foods, Easton Cycling, Lululemon, Carbo Rocket, Alé Bikewear, Stages, Rapid Reboot, theragun, among others.