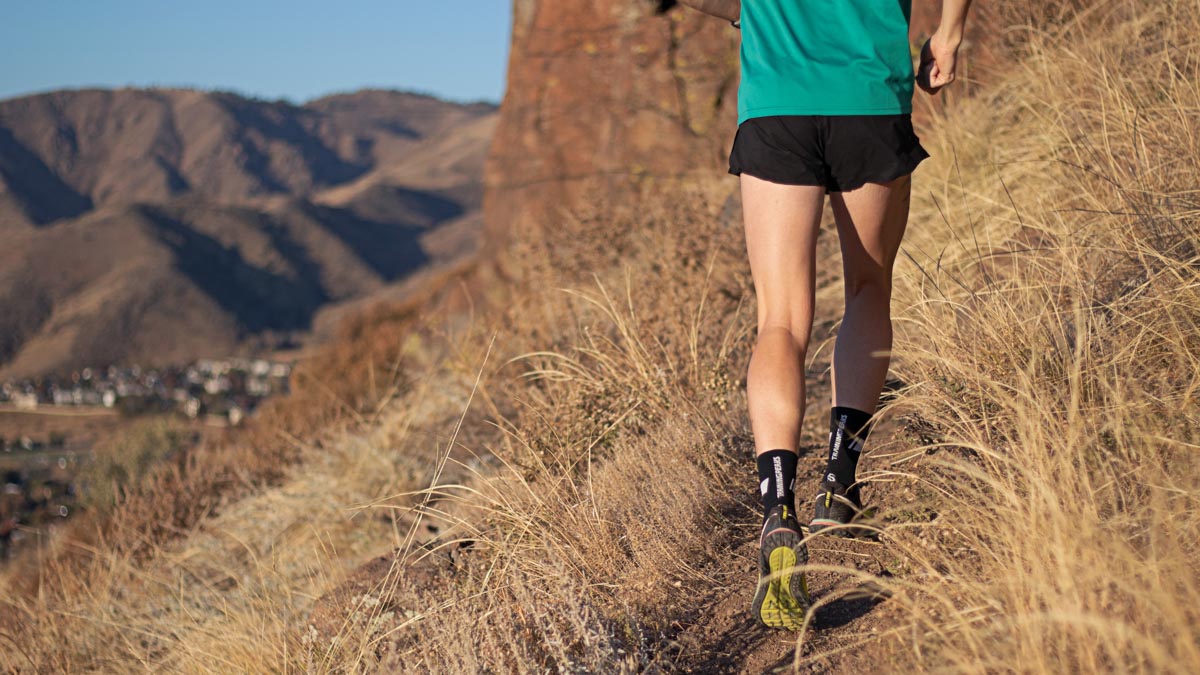 The Role Hips and Quads Play in Proper Run Form

Can you spot the difference between efficient run form and quad-dominant run form? The secret lies in the runner’s posture, learn more here.

Running requires many parts of the body to be working in unison, from our feet to our core to the way our arms and legs swing. Mastering the optimal run form for performance and injury prevention is a never-ending endeavor. This article will break down what should happen at the hips, and discuss the importance of producing forward momentum from the glutes, achieving hip extension, and optimizing posture.

Most runners are quad-dominant and generate reduced drive and power from the glutes. Anterior knee pain, known as Runner’s Knee, is one of the most common running injuries. With quad-dominant running,  more torque is imposed on the knees, thus leading to an increased risk of knee injuries. At its most basic level, less quad dependency equals less stress to the knees.

Another downfall of quad-dominant running is early fatigue in races. With more fast-twitch muscle fibers in their makeup, the muscle physiology of the quadriceps is made for working at peak capacities. Glutes, however, are slow-twitch in nature, allowing for more aerobic capacity.

Recognizing the Pitfalls of Overstriding

In cases of weakness and inhibition on the backside of the body, we often see poor posture when running, requiring the individual to step further in front of their body than normal. The athlete will land with an overly straight leg at a high loading rate. This run form flaw is known as overstriding. Think of your stride like a pendulum clock. Your leg is the pendulum which should move equally in front and behind your body at any speed. When we overstride, the pendulum is swinging more forward than it is backward, as we are not getting the leg behind us while running. The next time you run, take a video from the side and look at what your pendulum is doing.

To fully achieve the pendulum-like motion, we must fully extend the leg behind the body while running. There are a few reasons why a runner might not do this–the first being they might have tight hip flexors. In our culture today, we do a lot of sitting. When we sit, it’s common for the hip flexors to shorten and tighten. In fact, the majority of runners need to incorporate a hip flexor stretch into their post-run or rehab routine.

The second reason runners are unable to achieve full hip extension is due to a joint or tissue mobility issue with the ankle and big toe. If the ankle and toe aren’t able to fully lift up, known as dorsiflexion, push-off will be cut short.

In addition to Runner’s Knee, other common injuries seen with quad-dominant running include shin splints, tibial plateau fracture, compartment syndrome, knee osteoarthritis. If we look at the similarities between all of these injuries, we see pain on the front side of the leg. This injury pattern circles back to what we discussed earlier; landing with the leg in front of the body at a high loading rate. This high loading rate overstresses the front side of the body when the glutes aren’t doing their job to maintain upright posture and push the leg behind the body while running.

The next time you’re at a race or track meet, compare the athletes’ form and posture at the beginning of their race and towards the end. You’ll oftentimes see indicators of form breakdown such as chest flaring and arch the low back. If the athlete used efficient recruitment of the glutes, this suboptimal run form would not be evident as fatigue set in.

The next time you are faced with an athlete who presents with any of the injuries we discussed earlier: forward flexed posture while running, overstriding, form breakdown in races, or an overly arched low back. Remember to evaluate what is going on at the hips. Encourage them to practice movements that correct these patterns while cueing your athlete to run from their glutes, not their quads. A go-to mantra can be, “Push. Don’t Pull.” This will remind the athlete to use the muscles on the backside of the body to propel the body forward as opposed to pulling with the hip flexors and quads. Other activities that can help to rework your run form are the heel lift drill, regular skipping, running backward, hip flexor stretching, and posture drills.

The Final Word on Glutes

There’s a reason why nearly every runner’s magazine features information about the importance of glutes. Not only do they create important force production, but equally as valuable, they help us establish and maintain an upright posture. If the glutes aren’t firing correctly they cannot generate enough force to hold the body upright causing a forward lean of the torso and ultimately, an inefficient, injury-prone stride. 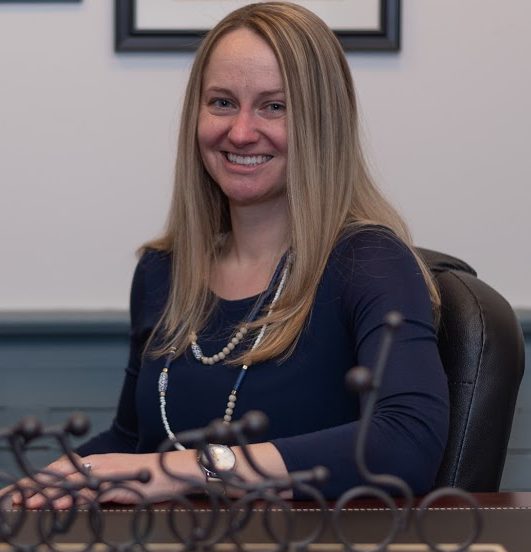 About Caitlin Glenn Sapp
Dr. Caitlin Glenn Sapp is the founder of Crew Racing and Rehab, a performance coaching and physical therapy company. She holds her Doctorate of Physical Therapy as well as a Bachelor of Science in Exercise Science. She also holds certifications as a USA Triathlon Level I Certified Coach and American College of Sports Medicine Personal Trainer. Dr. Sapp is a seven-time Ironman finisher, which includes the Ironman World Championships, and is a multiple-time USA Triathlon All-American. She takes great interest in educating the industry, from athletes to coaches, on how to stay injury-free while performing at a high level. For more, visit Crewracing.org or email Caitlin at caitlin@crewracing.org.
#PHYSIOLOGY#SCIENCE