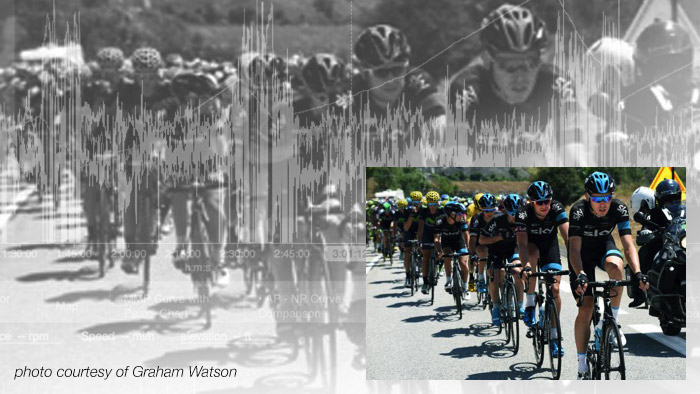 Team Sky’s Luke Rowe had a very successful Tour de France. We used WKO4 to get a more in depth look at Rowe’s data to see exactly what he did to help his team during Stage 17.

Luke Rowe’s power file from Stage 17 shows just how tough a stage in the mountains can be when defending your team leader’s yellow jersey. Rowe responded to over 10 attacks in the first hour and half of the stage and averaged 313 watts, which included the Col des Lèques climb.  Clearly the hardest part of the stage for him was these early attacks and initial climb, which is really saying something because he had two more climbs to go including the Category 1 beast, Col d’Allos.

The graph below illustrates Rowe’s cadence distribution. On the far left it shows that he did not pedal for 32 minutes during the stage, approximately 12 percent. He spent most of his time between 76 and 90rpm, which makes sense on a mountain stage as cadence is usually slower on the climbs and then faster on the downhills. 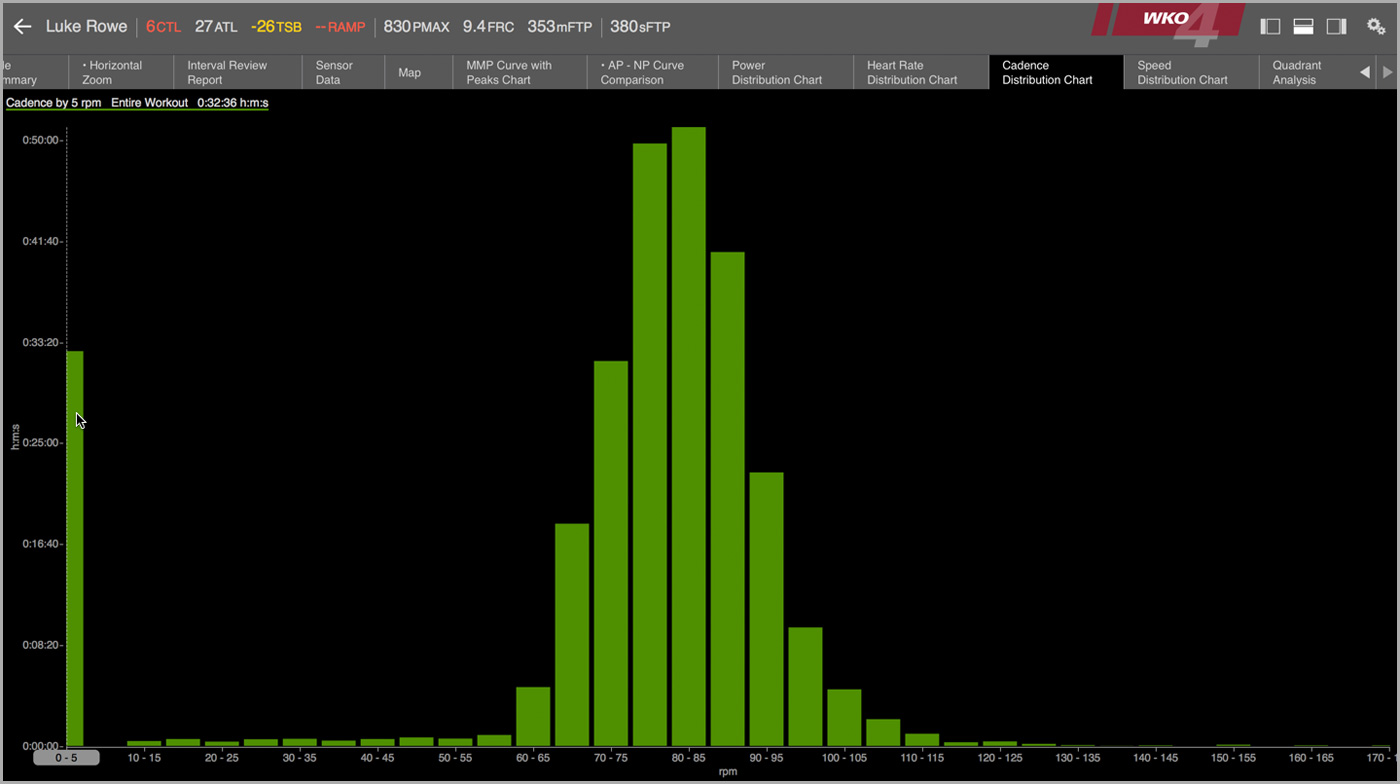 The upper portion of this graph shows Rowe’s entire ride. The lower section is only the first hour and a half where he had to respond to attacks and ride at the front. You’ll notice how “noisey” his power data is in the first hour, that illustrates the number of accelerations he had to put in.

Zooming into the lower pane shows over 10 attacks he had to respond to leading up to the Col de Leques. Then he rode at 349 watts up the first climb. The descent was not a time to relax. You can see that based on the power spikes, Rowe chased the lead group on the way down. 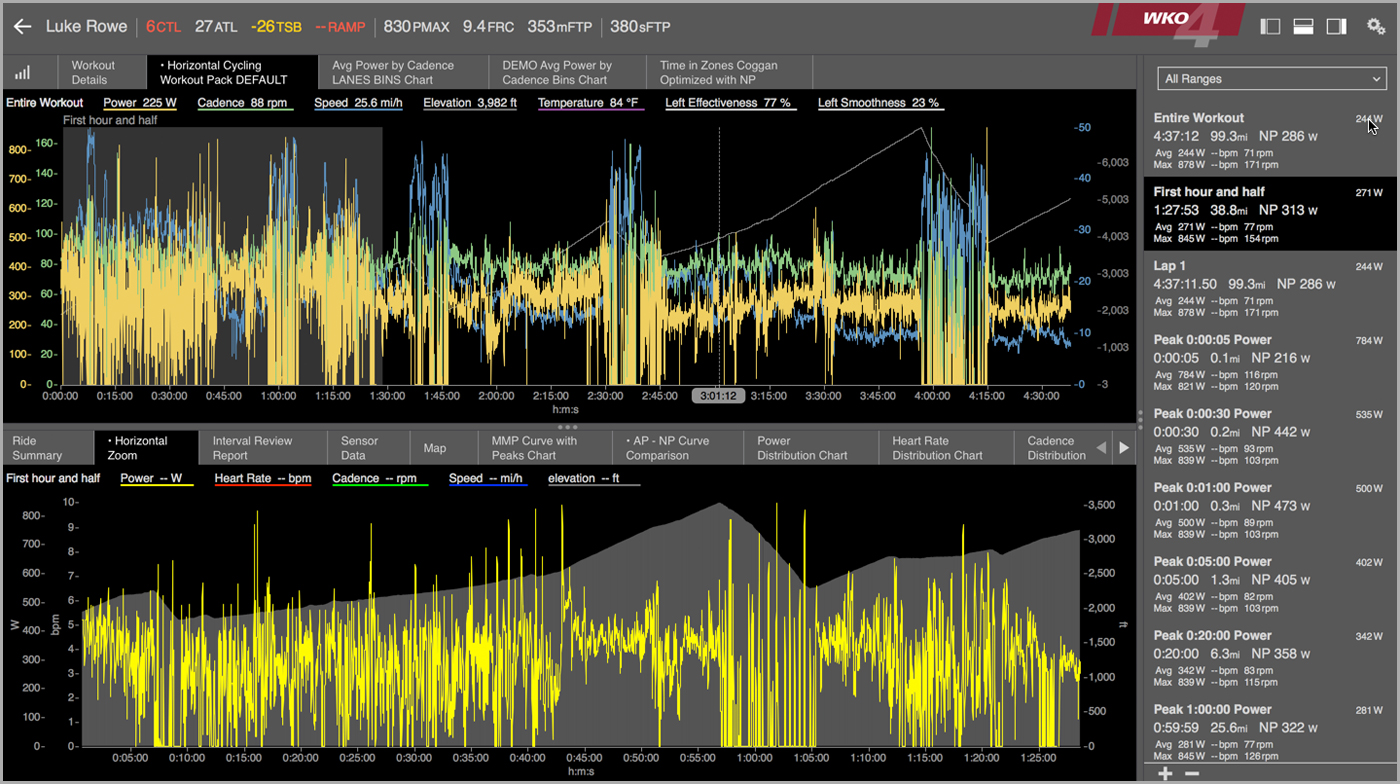 In this graph the purple bars represent Normalized Power® (NP®), or what his body “felt” during the ride. The yellow lines represent his Average Power for the stage.

During the stage, Rowe was riding mostly in his endurance and tempo levels as there was a tremendous amount of climbing, over 12,000 feet. They follow closely, especially at Level 4 and 5, which means he was riding smoothly up the climbs near his Functional Threshold Power (FTP) and above.

The places it doesn’t follow closely is what you might expect in tempo (Level 3) and Functional Reserve Capacity (FRC, or Level 5 – 6) Tempo contains all of his responses to attacks in the first hour and a half, so his NP will be higher. The same applies to FRC, which is his short term hard efforts, or what you might be more familiar with and similar to anaerobic capacity. 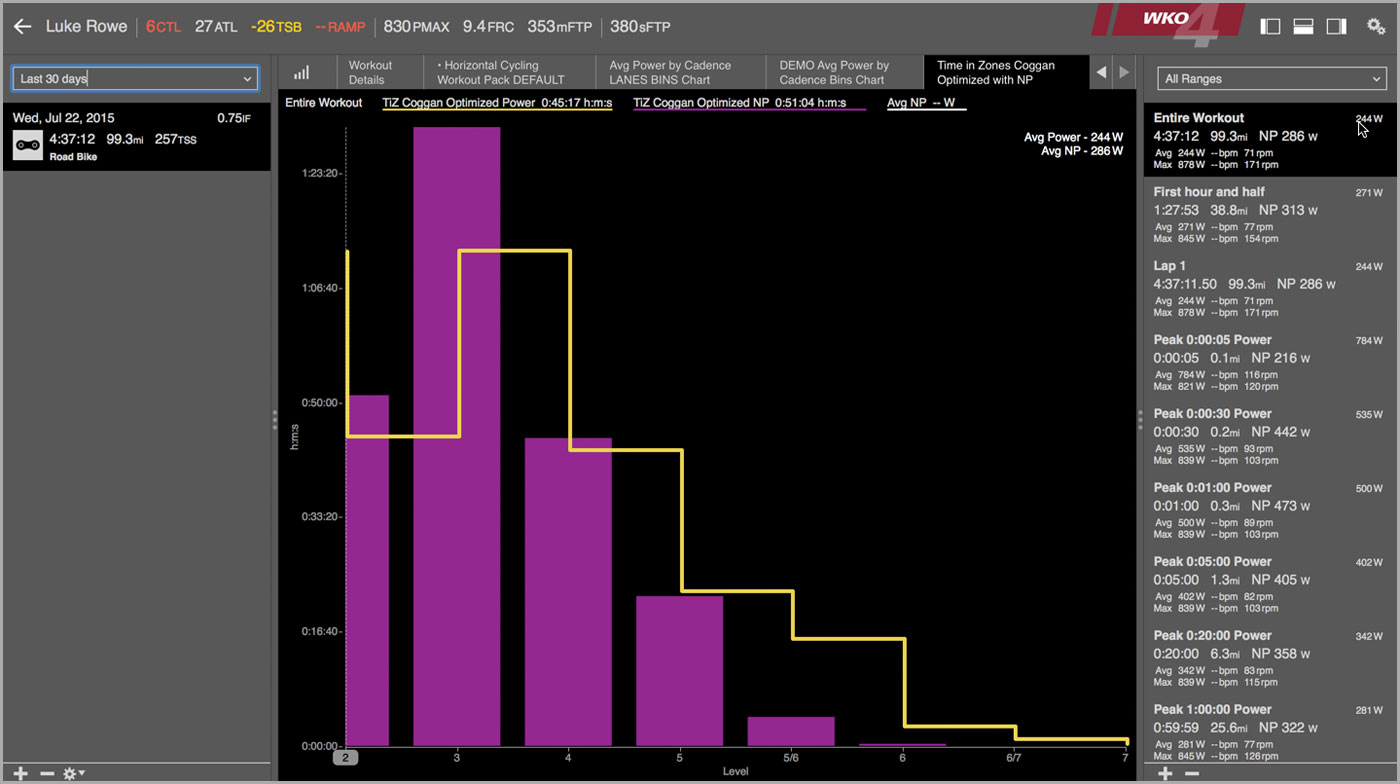 His peak 20 minutes for the day occurred in this first hour and half and he averaged 342 watts with a Normalized Power of 358 watts. Compared to the hour and ten minute long Col d’ Allos, where he averaged 277 watts.