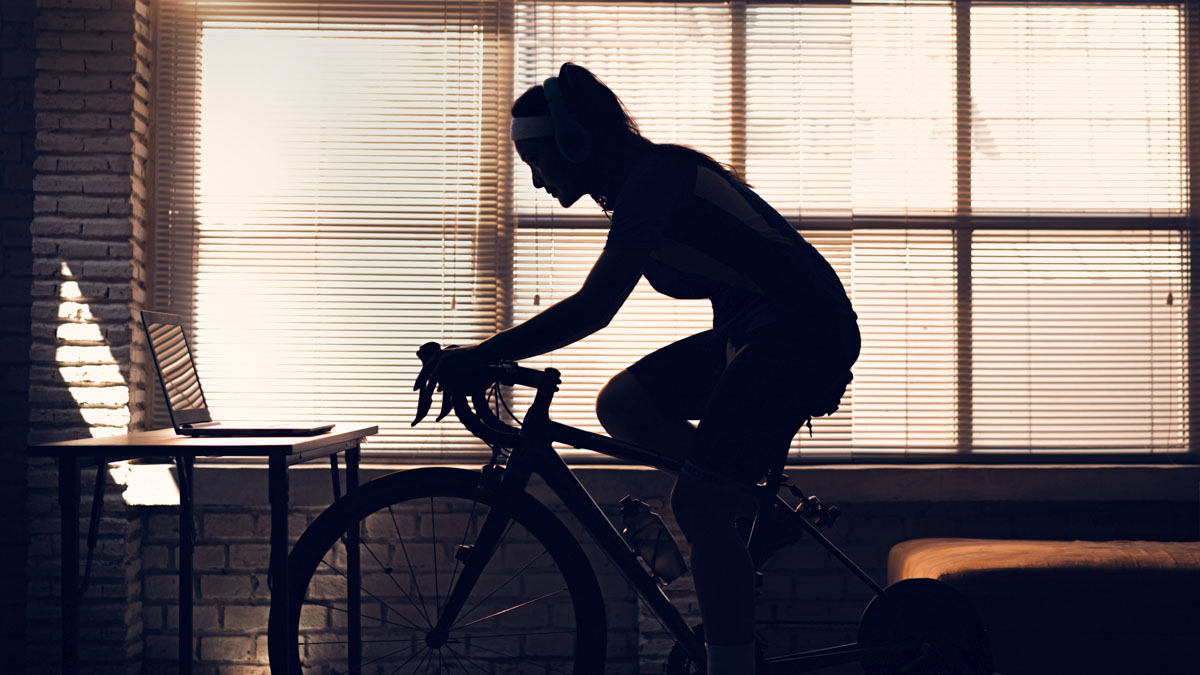 Why Virtual Racing Hurts So Much

Racing is hard, but indoor racing feels harder—even if you’re hitting the same power and pace. Why does this happen and can we train our brain around it?

One of my all-time favorite etymologies comes from the Latin root for the word strive, translating to “be in rivalry with” or more favorably, “to strive in common; strive after something in company with or together.”

Now, most often we can boil this down more simply to, STRIVE TOGETHER. Given the uniqueness of present-day circumstances with our global gears grinding to a complete halt including most, if not all things endurance race-related being postponed or canceled, we collectively find ourselves seeking new meaningful opportunities in our running pursuits. I can’t think of anything better than a virtual race series to provide us with the continued opportunity to STRIVE TOGETHER. But before we get too far down the rabbit hole of virtual medal chasing, you may want to consider a few important bits of psychology, as a personal time trial is going to differ from an en-vivant race experience. After all, chasing down your own personal glory through your neighborhood is going to feel much different than crashing through a major metropolitan area with tens of thousands of your closest running friends in an organized event.

An aptly timed research study on the perception of effort running a 10km time trial in an organized race, versus a solo time-trial, was recently published and subsequently covered by Alex Hutchinson. Please note that the study is not without limitations mind you, only a total of 14 runners, all of which were male.

The study showed that on average, runners were 58 seconds faster when racing head-to-head compared to their stand-alone time trial effort. One detail of interest was that the perception of exertion was largely the same for both races, however, the subjective feelings were judged as far more negative as the solo race progressed. Although the data is limited, it appears that we’re more likely to judge experiences as ‘bad’ when we are pushing ourselves in a race-like fashion without a race-like atmosphere.

Why Does It Feel Harder?

Without other runners to target, chase down, or compete against, and without the overall atmosphere of race day spectators and crowd support, a virtual race is going to change HOW you focus and WHAT you focus on (two key ingredients in the psychology of sport).

A solo venture is likely going to offer a heightened awareness of the physical sensations you experience. Without a race’s pomp and circumstance to draw your attention externally, these physical sensations (probably of mounting discomfort, fatigue, or exhaustion) are much more likely going to be appraised with negatively than when they occur on a racecourse. After all, when these mounting feelings of discomfort encroach at the end of an en-vivant race, we tend to find a deep well of internal resources to keep going. Not only because we expect these physical experiences when we tack a bib to our front, but because we’re also prepared with a variety of focal points to shift our attention (the next mile marker, the next aid station, family or friends waiting around the corner etc). And most important of all, we tend to have a higher likelihood of positive judgment as the mounting discomfort tips us towards either continued effort or slowing down. When it’s just you vs. you, this experience can feel and be internally appraised quite differently.

One of the age-old debates in endurance performance psychology is the mental approach to going harder or going faster. The latter almost always heightens our focus on metrics and watch checking. When we try to run fast, we almost always base that effort on paces we see on our watch.

Don’t get me wrong, this can work, but it can backfire too and create unhelpful anxiety and pressure. We each develop a narrative and personal attachment about our running numbers. The mental narrative and internal interpretations about the numbers provide greater power than the numbers themselves, and if we are trying to run fast, we may get caught into the trap of overly checking our watch metrics rather than tapping into how our effort feels. We almost always perform better when we’re connected to maintaining a high level of effort by locking in on going harder.

It All Comes Down To…

Prepare before a virtual race even begins with a back pocket of positivity for those tough moments. Remember that a virtual race is a great opportunity to test yourself on maintaining a high effort level rather than over-focusing on hitting specific time splits. This will lead to a more satisfying performance and overall increased enjoyment and become a worthwhile component of psychological skill development that you can carry with you into your next en-vivant race. 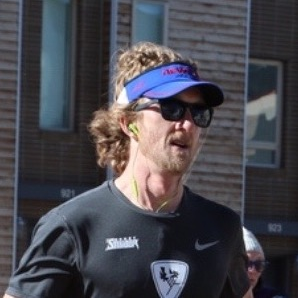 About Justin Ross
Dr. Justin Ross is a clinical psychologist in Denver, CO specializing in sports performance psychology. He is an 11-time marathoner, six-time Boston Marathon qualifier, and two-time IRONMAN 70.3 finisher. He recently ran a marathon personal best of 2:57 at the California International Marathon. In addition, he has written extensively about the role of the mind in sports performance. His course, Unlock Your Athletic Potential, is now available on Insight Timer. Follow him on Instagram (@drjustinross) and Twitter (@PsychDenver).
#TRAINING-THROUGH-COVID-19#PHYSIOLOGY#SCIENCE