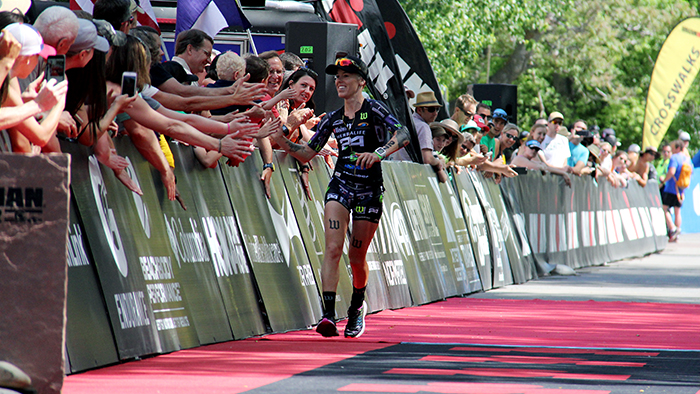 What Coaches Should Do To Prevent Athlete Post-Race Doldrums

We’ve all felt somewhat lost after finishing a major race that we’ve worked hard to prepare for. Dr. John Post explains how he pushes back against those post-race doldrums.

Coaches in moderate- to long-term relationships with their athletes will identify this sentiment immediately. You’ve been in contact with your athlete on a regular, and in some cases nearly daily basis, as you’ve pushed, prodded, and cajoled them into their finest effort at the “A” race.

Let’s say it’s the local IRONMAN 70.3 that your athlete has, after two years of guidance, successfully conquered. It’s been a long haul to say the least, but both of you kept a positive attitude (well, most of the time anyway), and they relied on your expertise throughout the journey.

But, no sooner have they crossed the line, received the finisher’s medal, and reveled in a big hug from their family than they’re asked by a fellow finisher, “So, you gonna do another one?” With hardly enough time passed for their quads to stiffen from the day’s effort, they’re being pestered about doing it again. It’s then they realize they haven’t given much thought to the next step or even if there should be one.

You’ve faced this situation before and know that there might be an unexpected sense of loss once the absolute structure of long-course training fades. A void in life where the carrot of daily training and the essence of the endurance lifestyle is now in the rearview mirror. Thus, perhaps she does contemplate, “Now what?”

After profiling many entrants in the IRONMAN World Championship over the years, I understand that if the post-race period is addressed and planned for pre-race, then, as the Beatles so famously sang, “Ob-la-di, Ob-la-da, life goes on.”

For the grizzled veteran, this event is merely a subway stop along the way and the training life indeed does go on. For the rest of us, though, the fairly rigid structure of big-time triathlon training may need to be resumed to restore life’s balance.

No major life decisions, like putting money down for a follow-up 70.3 for instance, need be made, however. As the recovery process begins, having a short competitive effort (where they can sport that recently earned 70.3 finisher’s shirt as an added bonus) as a part of the overall training plan can serve the racer well.

Some would say — and I’d agree — that this can all be worked out weeks, if not months, in advance. It’s a common story I hear that vacations get postponed, like so many other things, until after the race, and a trip following a major event might be a great place to fit in a smaller competition.

It’s important to get those competitive juices flowing again and check that yearning need to be stressed, in a good way. Maybe help your athlete find a 5K run or mile swim at their vacation destination. How about a fun run with one of the kids? Tennis or horseshoes, anyone? In any case, the time to allow for physical healing, physiological recovery (financial healing, too, maybe), and psychological recovery to run its course is important.

Don’t jump back in too quickly

While in Kona, I was out for a Sunday ride before flying home. In fact, the IRONMAN World Championship had just concluded at midnight and the day was in the pre-dawn, early morning hours on Sunday. I passed two gentlemen running on famed Ali’i Drive, and, to my surprise, they both had IRONMAN wrist bands on from the race that had concluded less than 6 hours previously!

Now I’m a bit of a curious person so I first confirmed that, yes, they were both in the race, then asked how they were already running at such a quick pace. “It’s never too early to begin training for your next event,” I was told.

I’m not sure they would get universal agreement with that opinion. Many, including this author, think we need time after racing to bask in the glow of athletic success or restore lost athletic confidence that comes with defeat. You, as coach, play a large role in helping your athlete accomplish just that.

About John Post, MD
Dr. Post has a long history with triathlon including 6 Kona finishes and an Orthopedic Surgery practice in Virginia caring for, among others, injured triathletes. He now enjoys giving back to the sport by being a World Championship Transitions volunteer every October. If you find yourself on the pier in Kona, please stop and say hi to “the man in the red hat.”
#PSYCHOLOGY#SCIENCE