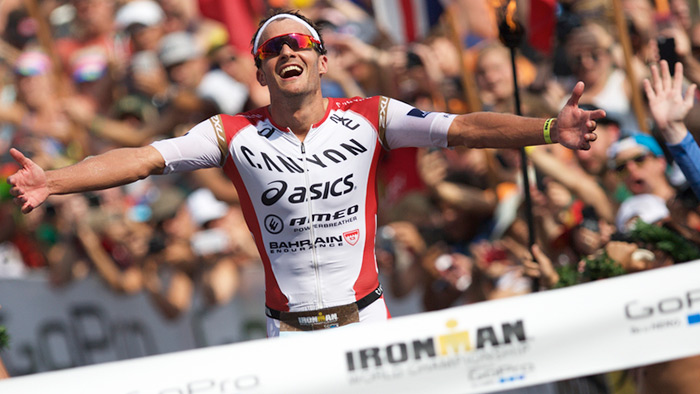 IRONMAN World Champion and Olympic Gold medalist Jan Frodeno has partnered with TrainingPeaks to help him continue to push his limits.

TrainingPeaks is happy to announce our new partnership agreement with professional triathlete and current IRONMAN World Champion Jan Frodeno. With the goal of building on his 2015 success, Frodeno will continue to use TrainingPeaks to prepare and compete at the highest level of triathlon.

A TrainingPeaks user since 2014, Frodeno knows the value of having a single platform to plan his training, communicate with his coach, track progress, and analyze his training and race performances. “TrainingPeaks allows me to analyze my training and dive into the data on both my training and race efforts” says Frodeno. “No matter where I am in the world or in my season, my coach and I can monitor my progress to make sure I am on track to achieve the goals we have set.”

TrainingPeaks is proud to be a part of Frodeno’s success. “Jan is an example of what an athlete can accomplish at the highest level of triathlon,” says Dirk Friel, Co-founder and President of TrainingPeaks. “Helping athletes and coaches achieve results is the mission of TrainingPeaks, whether they are age group athletes or professionals competing for a World Championship.”

Frodeno began racing the ITU World Cup series in 2005, focusing on short course racing. After achieving great success in that format, in 2013 he has transitioned to long course racing taking on the 70.3 and full IRONMAN distance. He is the only triathlete, male or female, to win an Olympic Gold Medal (2008 Beijing Games), the 70.3 IRONMAN World Championships (2015), and the IRONMAN World Championships (2015). His most recent accomplishment was setting a new Iron distance world record at DATEV Challenge Roth with a time of 7:35:39.