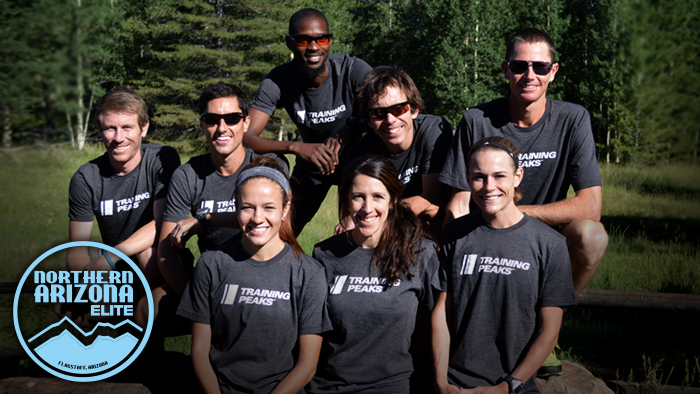 TrainingPeaks has announced an extension of their sponsorship deal with Northern Arizona Elite through the remainder of 2015. The deal will allow NAZ Elite Head Coach Ben Rosario and his athletes to continue utilizing TrainingPeaks to track, analyze and plan their training.

Rosario says TrainingPeaks has become a critical part of his team’s success. “In less than five months, TrainingPeaks has become a part of our daily language,” Rosario said. “At this point I cannot even imagine not having this tool to communicate with my athletes and to study their training. It has allowed me to grow as a coach and help my athletes reach their true potential.”

TrainingPeaks Co-founder Dirk Friel is also excited to continue the partnership. “Ben and his team are giving fans a unique look into their daily training by sharing files and workout logs,” said Friel. “It’s exciting to be a part of a program that has become a true ambassador of the sport.”

The team shares all of its training on the NAZ Elite website and includes links to individual TrainingPeaks files for workouts and races. New this year, Rosario will be providing NAZ Elite training plans to the public via TrainingPeaks. Runners will have access to the same training his elite athletes follow to reach their peak performance.

TrainingPeaks and NAZ Elite began their partnership in August of 2014. Since that time NAZ Elite athletes have had a number of significant performances including Scott Smith finishing third at the USA Marathon Championships, Kellyn Taylor winning the Rock ‘n’ Roll San Jose Half Marathon and Ben Bruce winning Rock ‘n’ Roll marathons in Montreal, Saint Louis and Las Vegas. The team shares all of its training on its website and includes links to individual TrainingPeaks files for workouts and races.