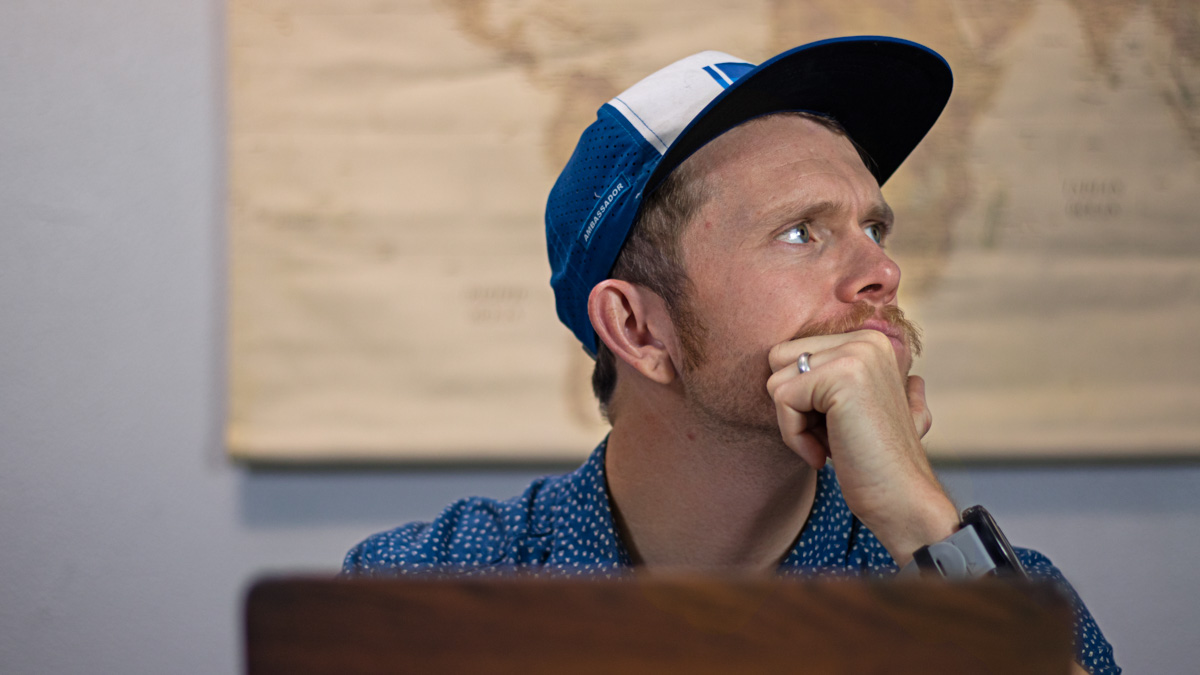 Don’t be scared—the effect of saying “I don’t know” to your athletes is usually the opposite of what our insecurities lead us to expect.

An athlete I’m coaching currently has a tough time doing long runs in humid conditions. On certain days, no matter how conservative he is with his pacing or how careful he is with his nutrition, he hits a point where his heart rate suddenly skyrockets, and soon thereafter he hits the wall. When it happened again recently, he asked me what I thought the cause might be.

My answer? “I don’t know.” Because I didn’t. All I could offer my athlete in good faith was a promise to do some research and, in the meantime, to help him find ways to work around the problem.

The phrase “I don’t know” comes out of my mouth frequently in my conversations with athletes. The reason, quite simply, is that often it is the honest answer to a question I’ve been asked. More than that, though, I see no harm and even some benefit in not trying to convince athletes I know everything. What’s more, I think every coach should learn to appreciate and harness the power of saying “I don’t know.”

To understand why it’s best to admit you don’t know something when in fact you don’t, first consider why we coaches are tempted to pretend we do know. Every coach has a natural fear of losing the trust and respect of his or her athletes. Being knowledgeable and having answers are important sources of a coach’s authority. No athlete in his or her right mind would trust or respect a coach who says “I don’t know” as their answer to every question, or who consistently gives the wrong answer. So it’s only natural to want to hide your ignorance or uncertainty when you don’t have the answer.

Omniscience is not the only thing that inspires trust and respect in athletes, however. Honesty and self-assurance do too. When you admit to an athlete that you don’t know something, you demonstrate these qualities to him or her. Think about the coaches, teachers, and mentors you’ve trusted and respected most in your life. Were they the ones who tried hardest to prove their competence or the ones who simply proved their competence and let you draw your own conclusions? I thought so.

Another instinct that plays into our reluctance to say “I don’t know” is our desire to get due credit for an athlete’s success. To admit you don’t know something is to open yourself up to getting help, and when you get help, you are no longer completely responsible for your athlete’s eventual success.

Great coaches don’t worry about such things, though. In 2017 I trained for the Chicago Marathon under Ben Rosario, who coaches the Northern Arizona elite professional running team. Early on, I asked Ben if he’d mind if I worked with renowned sports nutritionist Asker Jeukendrup on my nutrition plan for the race, a process that would require Ben to make a few accommodations in some of my key workouts. To his credit, Ben welcomed Asker’s input, admitting that he himself wasn’t the greatest expert on nutrition.

It’s not that Ben didn’t care about being appreciated for my success in Chicago. He was just wise enough to know that if he did everything he could to ensure my success—including get help from other experts—I would appreciate that. I urge every coach to have the same mindset. Ironic though it may seem, the surest way to get due credit for an athlete’s success is to not care who gets the credit and just focus on the success part.

A third factor that plays into our reluctance to say “I don’t know,” in some cases, is the desire to make the athletes we serve feel they need us. No coach likes losing clients, and one of the most common reasons athletes give for moving on from a coach is the feeling that they no longer need his or her help. Some coaches go to great lengths to make athletes feel dependent on them—dropping fancy exercise science jargon left and right, making their workout prescriptions unnecessarily complex, and so forth. Pretending to always know the answer to athletes’ questions is a subtler form of the same phenomenon, but no less misguided.

Every athlete needs a coach. That’s why even professional athletes, many of whom are as knowledgeable as any coach, have coaches. Let your athletes recognize for themselves (or not) that they, too, need a coach. Athletes aren’t dumb. Smoke and mirrors will only fool them for so long. At the end of the day, it’s success that makes athletes realize they are better off with their coach than without.

If you’re not in the habit of saying “I don’t know,” the prospect of doing so can be a little scary. But this trepidation goes away quickly when you give it a try and see the effect, which is usually the opposite of what our insecurities lead us to expect.