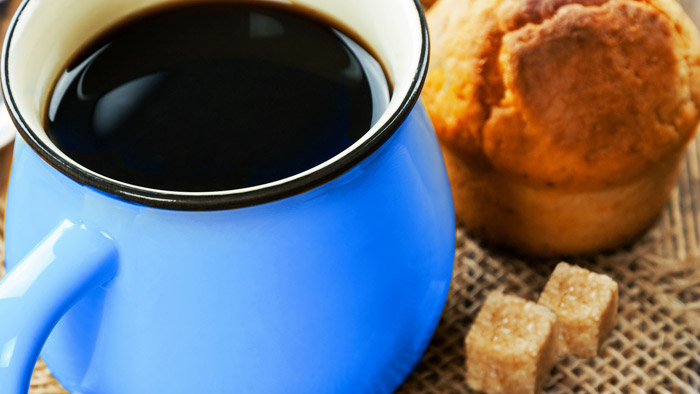 The Effects of Taking Sugar Out of Your Diet – Part 2

In Part 2 of this series, Bryan Smith gives the results of his experiment on the effects of taking sugar out of an athlete's diet, and tips for athletes who may want to try this experiment themselves.

As you may recall, we published a post earlier in the spring about eliminating added sugar from our diets for 90 days. That post was written 45 days into the experiment and largely focused on the question of whether eliminating sugar as a dietary change could result in improved fat burning for endurance sports.

As bookends for the test, we consulted with Carson Christen of Fascat Coaching who performed VO2 max tests on Michael and I before and after the 90 day period. We also worked with Dr. Kevin Sprouse of Provision Sports Medicine to analyze our blood work before and after.

What is Fat Max and How Does it Apply?

According to Christen, fat max measures the amount of fat an athlete is burning per minute at a certain intensity zone. The greatest amount of fat burned at a given intensity is the athlete’s fat max, and this is the training zone where they are most efficient. Christen believes that this is important for an athlete in longer distance endurance events. “Ideally, this is the zone they will train in and race at in order to maximize their utilization of fat as their fuel,” he says. “For a Leadville Trail 100 Run or Mountain Biker, or Kona athlete, racing at this intensity will decrease the need to use carbohydrate. During training, an athlete should look to shift this number to a greater intensity level over time by training slightly above it, and perhaps using nutritional interventions as Michael and Bryan have in this test. A real world example might look like this: in May, an athlete’s fat max is at 150 watts, but after proper training, by August they may see fat max at 170 watts. In this case they have increased their ability to race at a higher level while still utilizing the most fat they can out of their body.”

What Should an Athlete Focus on When Training Fat Max?

Christen mentions that athletes probably shouldn’t focus on a given number when analyzing fat max and metabolic efficiency. “In terms of real world application, athletes probably don’t need to focus on a number specifically, or a training zone. This is really more about analyzing your own data. Bryan and Michael just changed their diet, but we saw a shift in the amount of fat they were burning even during a normal day. This could be the argument- that even normal diet changes can change your metabolic profile (decreasing bad cholesterol/ good fat lipids/etc).”

While we spent 90 days without the added calories associated with some sugars, Dr. Sprouse wanted us to maintain weight. Losing weight wasn’t one of the goals of the experiment, so we had to find other sources of calories to maintain weight. We did this largely by adding healthy fats to our diets. Our focus was on eating tree nuts, hazelnuts, walnuts, cashews, as well as ghee for cooking and olive oil added at room temperature to things like salads and grilled vegetables. Despite adding fats to my diet, here was the response in the key variables that we measured:

Dr. Sprouse notes, “With a drastic shift in macronutrient intake, many assume that there will be dramatic changes in blood parameters. This is often not the case, as demonstrated here. Bryan’s marked increase in fat intake actually resulted in an improved lipid profile, and despite a decrease in sugar consumption, his blood sugar levels remained constant and healthy. Both of these are good things.”

It would be misguided and impractical to recommend that endurance athletes strictly remove sugar from their diets, especially during such a long period of time. Like many hot trends in nutrition, sugar probably isn’t the enemy but over-consumption of sugar should be avoided. For endurance athletes, consuming too much sugar can have real consequences.

Regarding sugar intake, Dr. Sprouse noted that, “Bryan and Michael were remarkably healthy athletes to begin with. There are many recreational and elite athletes who have unknowingly developed insulin resistance and a dependence on sugars and carbs, but this was not the case with these two. What they demonstrated is that the exclusion of sugars, and addition of fats, did not adversely affect their health or performance. In fact, there were small improvements in each. For those athletes that have developed insulin resistance or wish to avoid it, it’s hard to find a downside to moderating sugar intake.”

Who Can Benefit From This Type of Test?

I feel confident that this is something a wide variety of athletes can experiment with, and benefit from without sacrificing performance. The athletes who will benefit most from this type of experiment are those who participate in activities that can’t be supported by stored carbohydrates alone. Ironman triathletes, stage racers, ultra-endurance cyclists or runners, etc. While this might also be beneficial for a criterium racer or 5k runner, the effects on performance probably won’t be as profound.

Additionally, you may not want to do this “in-season”, instead choosing to try something similar in the off-season to see how it goes. If you are training 20 plus hours per week, there will be challenges. Namely, it’s just not practical. If you are training at high volumes and attempt to strictly remove sugar, you will find that sugar is in everything, including Sriracha hot sauce! We would never recommend that anyone eliminate something as wonderful as Sriracha hot sauce.

When you think about setting up this type of test for yourself, keep it reasonable and don’t view your nutritional goals as all or nothing. If reducing sugar intake helps you skip dessert occasionally, you will probably benefit. If you want to have a piece of cake at your friend’s birthday party, go for it, your fitness probably won’t suffer. Ultimately it’s important for athletes to remember that nutrition should be specific to their physiology and personal goals, but keep in mind that adaptability will be the key to long term success.

About Bryan Smith
Bryan Smith is a former professional cyclist and current semi-pro exerciser. He enjoys nordic and backcountry skiing in the winter, and rides road or mountain bikes whenever the sun is out. Bryan is co-founder at The Feed in Boulder, Colorado. You can reach Bryan via email bryan@thefeed.com, or check out The Feed's blog for nutrition tips to fuel your workouts.