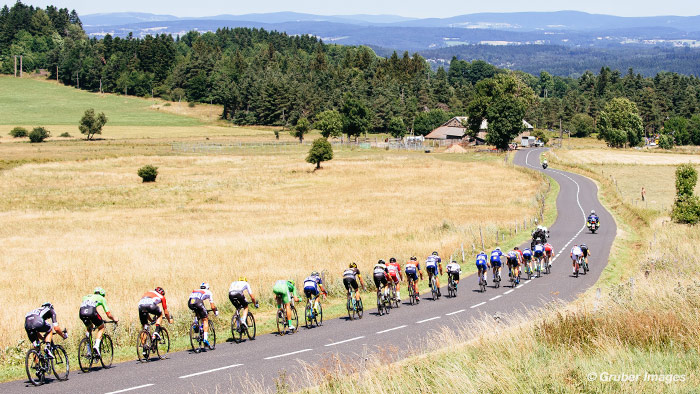 Michael Matthews (Team Sunweb) and his team made the most of one of the last chances to win a stage before the race enters Paris, winning the stage and making it an exciting race. On a day that waited with threat of crosswinds in the last 40km, Matthews’ team caused a split in the peloton on a climb after just 15km, leaving German sprint star Marcel Kittel (Quick-Step) behind!

After a hard-fought final with several more splits due to the anticipated crosswinds, it was left to the Australian to finish off a superb stage. He edged out Edvald Boasson Hagen (Dimension Data) to take his second win of this year’s Tour de France.

The action started early again as attacks went from the start, and Team Sunweb set a blistering pace, making the race difficult. The initial 21km of the stage featured a gradual climb with a section of 4.5km classified as a Category 3 climb.

During this hard start, van Baarle produced all of his peak power efforts between five minutes and 30 minutes. His Normalized Power was 393w, 5.04w/kg for this intense section where many riders had already lost contact with the main bunch.

The Category 3 climb to the Côte de Boussoulet, started after only 16km of racing and van Baarle had to ride at 5.59w/kg for nearly 11 minutes in order to hold on.

The next 125km saw a high tempo in the field, as they steadily grew out the advantage to the Kittel group. With the anticipation of wind causing havoc and the danger of splits, position became a major factor on the final 50km. The effort for this period by van Baarle amounted to a Normalized Power of 325w, 4.17w/kg and 46.8kph average speed.

Intense Final in the Wind

The next big effort in the race came inside the final 18km when Team Sky and BMC used the strong side winds that battered the riders and forced gaps in the peloton until only about 30 riders remained at the front.

Van Baarle was in the first chase group fighting to stay in contact with the leaders as they rode hard to bring back the deficit. At the end, his group lost 51 seconds. The effort needed to chase the lead group was substantial.

Van Baarle produced two impressive efforts. 504w, 6.46w/kg for 2:41min as the fight in the wind began and 417w for 4:21min, when he was forced into the chase a few kilometres later. These last 20 minutes of racing caused some critical gaps with riders such as Dan Martin (Quick-Step) missing the split during the full gas effort by the GC contenders and sprinters at the front. Van Baarle had to spend a lot of time over 550w for durations of 10 to 30 seconds, which was needed to keep active in the chase group and hold the wheel in the echelons.

While it was not the most decisive stage, the fast tempo all day was still a challenge for the riders, and with the crosswinds in the final it produced more stress and fatigue than many likely hoped for.

Since Stage 8, when the mountains were first reached by this year’s Tour, there haven’t been any easy stages. As a result, there have been no real breaks in racing and no recovery days for the contenders. Stage 16 was yet another one of these tough days of Grand Tour racing.