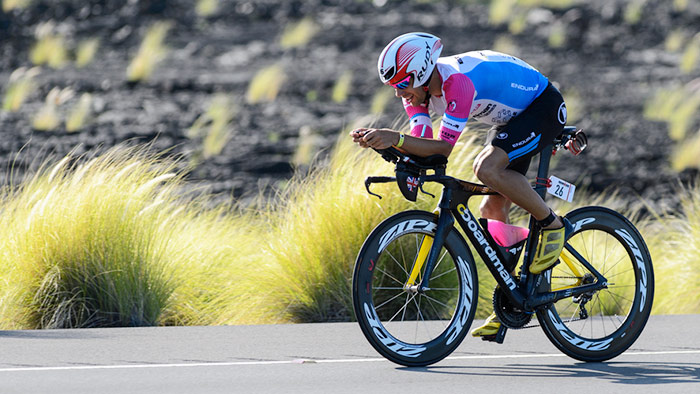 Predictions: Bike Times of the Pros at the IRONMAN World Championships

The heat, humidity, wind, and terrain of the 2016 IRONMAN World Championships push every athlete to their limit. Chief Scientist of Best Bike Split Ryan Cooper explains how the conditions will impact the professionals and offers his predictions for their bike times.

The IRONMAN World Championship is a daunting race. As we pointed out in our recent article about adjusting race plans for the environment, many athletes especially first timers often underestimate the demands of the course. Athletes must overcome the climbs, the ever changing wind conditions, and the heat and humidity to hit their race days goals. In this article, we break down the course, discuss the wind forecast for race day, and give some bike split predictions for some of the Pro male and female favorites.

Athletes will start with a quick circuit around Kailua-Kona where the crowd will be amped up and athletes’ adrenaline will be pumping. The race heads southeast for a short out and back on the Kuakini highway before heading back up Palani and onto the Queen K. The athletes face rolling hills with a net positive elevation gain on the way out to Hawi. The climb up Hawi averages at only around 2 percent gradient but has sections of significantly more difficult grades of up to 15 percent. On the way back to town the course is net negative downhill with rolling hills however, where the first half of the course is dictated by the elevation change the second half is often dictated by the weather. 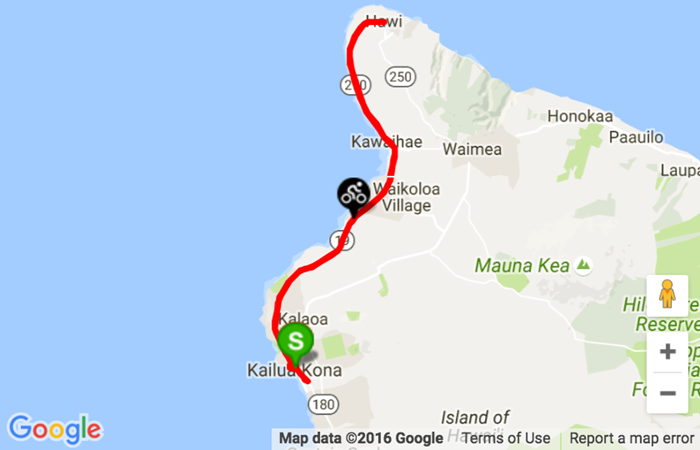 The weather in Kona is very hard to forecast and can change rapidly. The constants are the heat, humidity, and blazing sun. The last two years have been variations on a theme where athletes experience low wind, which can often seem like a head/cross wind, on the way out of town. As the athletes turn inland to head up to Hawi, the wind becomes more of a headwind and increase in velocity. On the way down from Hawi the athletes do get a short stretch of a tailwind, but as they hit the coast they experience steady crosswinds with gusts that can wreak havoc on their race plan. In the last two years the wind has shifted and amplified into more of a headwind on the return trip along the Queen K. Talking to athletes this week who had raced in Kona previously, those that were not expecting this experienced some mental fatigue when a much needed tail wind they were hoping for never materialized.

At Best Bike Split, we are aware of the difficulty of factoring in weather into our race plan models. To help coaches and athletes plan for this, we have developed an advanced weather algorithm that pulls forecasted weather data from all available weather stations up and down the course for the time we estimate an athlete will be passing near the closest station. The forecasted weather gets better the closer to the event that the weather forecast is pulled and the model is run.

Over the last couple of days the weather forecasts have started to shift. On Monday, the forecast for the race on Saturday called for a very nice tail wind coming back into town on the Queen K, similar to the conditions from 2006 when Norman Stadler set the bike course record. More recent forecasts have shifted to a more traditional weather pattern for the race, though not as extreme as the last two years.

Current forecasts call for for light wind out of the east early, steadily increasing on the way to Hawi, then tailing off on the way back with a slight potential for a bit of tailwind towards the end of the race. However, with the temperature and humidity hovering near 80 degrees and 80 percent humidity, the impact on the athletes who are not adapted (or have not adjusted their effort level) will be apparent.

Kona is a race where pro predictions are difficult. With the level of talent in the race, it is much more strategic than a typical IRONMAN. Normally you can model a race similar to a very long time trial, but at a Championship event, the athletes will mark each other more closely. Some will overbike in fear of losing a pack or a stronger cyclist may purposely hold back in the first half to avoid dragging other athletes along.

That being said, based on performances from previous years and models, we have put together some bike predictions for the race based on current forecasted weather. These predictions will be updated to reflect current weather right up to race day at our Kona page. You may notice the TSS scores are a bit lower than typical for Ironman distance, but this reflects an effort adjustment for heat and humidity.

About Ryan Cooper
Ryan Cooper is the Chief Scientist at TrainingPeaks and Co-founder of Best Bike Split. He has worked and consulted with multiple World, Olympic, and IRONMAN champions, as well as teams including UnitedHealth Care, Dimension Data, Cannondale Drapac, Orica Scott, BMC, Trek, and Sky. His main mission is spreading the metrics-based training approach of TrainingPeaks and the predictive race day analytics provided by Best Bike Split. Learn more at TrainingPeaks.com and BestBikeSplit.com.
#IRONMAN