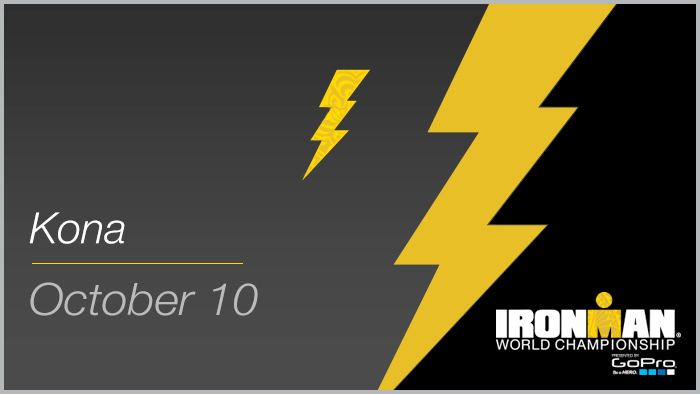 The IRONMAN World Championships are considered one of the toughest single day events on the planet. The 112 mile bike through endless lava fields challenges every athlete physically and mentally. We looked at power files from professional men and women to see how they are able to push themselves to achieve their goals.

The 2015 IRONMAN World Championships saw amazing efforts from the professional and age group athletes. The 112 mile bike in brutally hot and humid conditions is legendary for testing every athlete to their limit. Here is a look at the power numbers from several pro athletes that shows exactly what it takes to be at the front of this amazing race. 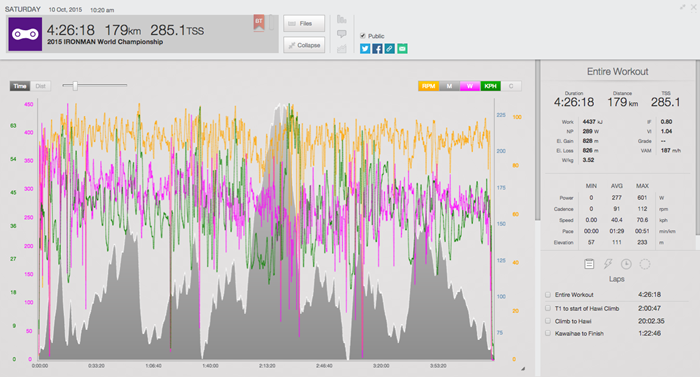 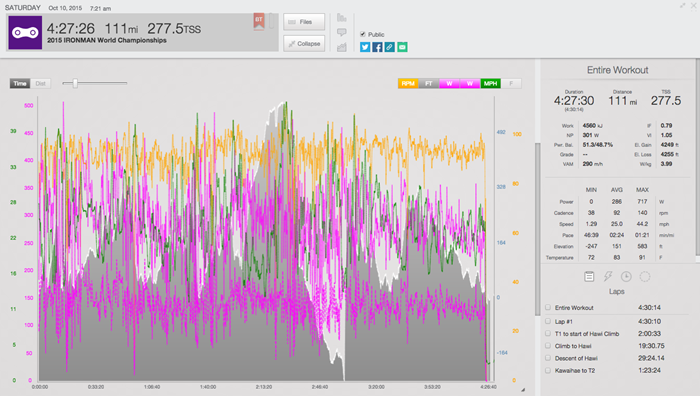 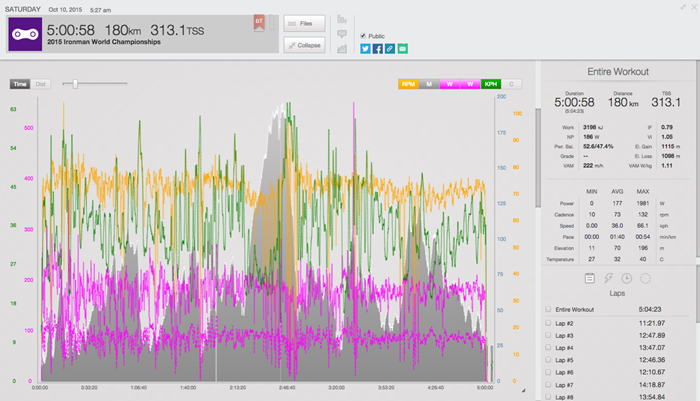