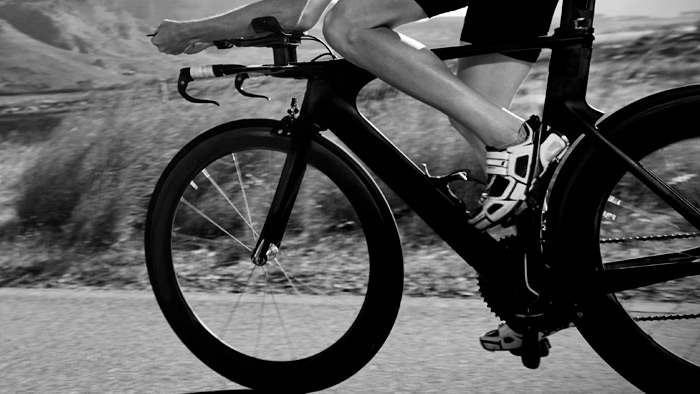 Some athletes gain weight while training for endurance events due to a condition known as Metabolic Syndrome. Here’s how to manage it to reach your goals.

In the fall of 2014 an athlete, Mike Berland, came to me frustrated because whenever he began training for events longer than an hour, he gained weight. He trained for the New York Marathon twice and each time he put on about 12 pounds or so, in spite of doing several weekday and long weekend runs building up to approximately three hours. Sound familiar?

On Mike’s bucket list was a goal to complete the Hawaiian Ironman. He was concerned that training for an Ironman would make him gain even more weight. He sought the advice of doctors and other experts, who told him that he should never do workouts over an hour long because he had a condition called Metabolic Syndrome.

Not willing to settle for an answer of “No Ironman,” he contacted me.

Nearly 25 percent of American adults suffer from Metabolic Syndrome, a condition that causes their bodies store the food they eat as fat rather than burn it ‎for energy. At such a high percentage of the population, it is surprising that most people have never heard of the condition.

Metabolic Syndrome (MetS) is a group of risk factors that raises your risk for heart disease, stroke, diabetes and other health problems. Medical professionals generally consider someone to have MetS if they have three of the five key risk factors including a large waistline, high triglycerides, low HDL cholesterol, high blood pressure and high fasting glucose levels. If you are on medication to treat any one of these factors, count that risk factor. There are some medical professionals that believe if someone has even one or two of these risk factors, they may be at risk for MetS.

Most people will think that athletes are exempt from being concerned about MetS because they tend not to have large waistlines. You now know athletes are not excluded from having MetS.

Simply put, MetS is a disorder that causes calories to be stored instead of burned. If you have MetS you’re not good at using calories from sugar for energy. This issue is called insulin resistance.  Insulin is a hormone that shuttles glucose into cells to be used as energy. The insulin receptors on your muscles operate under a lock and key system. The insulin docks in an insulin receptor, turns the key, and lets the sugar into the muscle. But when you have insulin resistance, the insulin doesn’t open the door. You literally can’t get sugar into the muscle.

When the sugar is locked out, it shuttles to the liver and is converted to stored fat. Other types of food like protein and fat are not dependent on insulin for providing energy. They go through different pathways, so you don’t get the same effect. But sugar utilization—and that means carbs, especially simple carbs—is stymied. The fuel you think you’re using for energy isn’t working.

How Mike became a Fat-Burning Machine

My approach to Mike’s problem was simple. I combined nutrition and exercise strategies, proven by science, to “train” his body to use fat for fuel and reduce insulin resistance. Some of these strategies are relatively new and others have been used for years.

One of the key components was the use of a “Miracle Intervals” progression. In late 2006 I designed these intervals for a cyclist that broke his collarbone and wrote about them 2007. At that time, the cyclist and I both thought that it was a miracle that he could keep his power numbers so high for his 100-mile event, in spite of doing very limited tempo and threshold training. (Nearly all of my training plans on TrainingPeaks include a variation of these intervals.)

These relatively short, higher speed or power bouts, followed by generous rest have been found to improve endurance performance in research studies. The best part for Mike is this type of interval has recently been shown to improve insulin resistance better than steady workouts. Because of the structure of the intervals, they didn’t cause his body to dip into anaerobic energy production.

With the right combinations of workouts, we were able to improve his speed so he could easily make Ironman cut-off times. Those workouts, combined with changes in daily diet and workout nutrition allowed him to lose weight while doing long workouts – for the first time in his life.

Five tips to help you become a Fat-Burning Machine

While the solution to Mike’s problem was simple, the details are greater than can be explained in a single column. To help  you get started, here are five tips for athletes:

If you’re plagued by fat-storing and weight gain in spite of doing plenty of exercise, you may have MetS. A good start is to have your health markers checked.