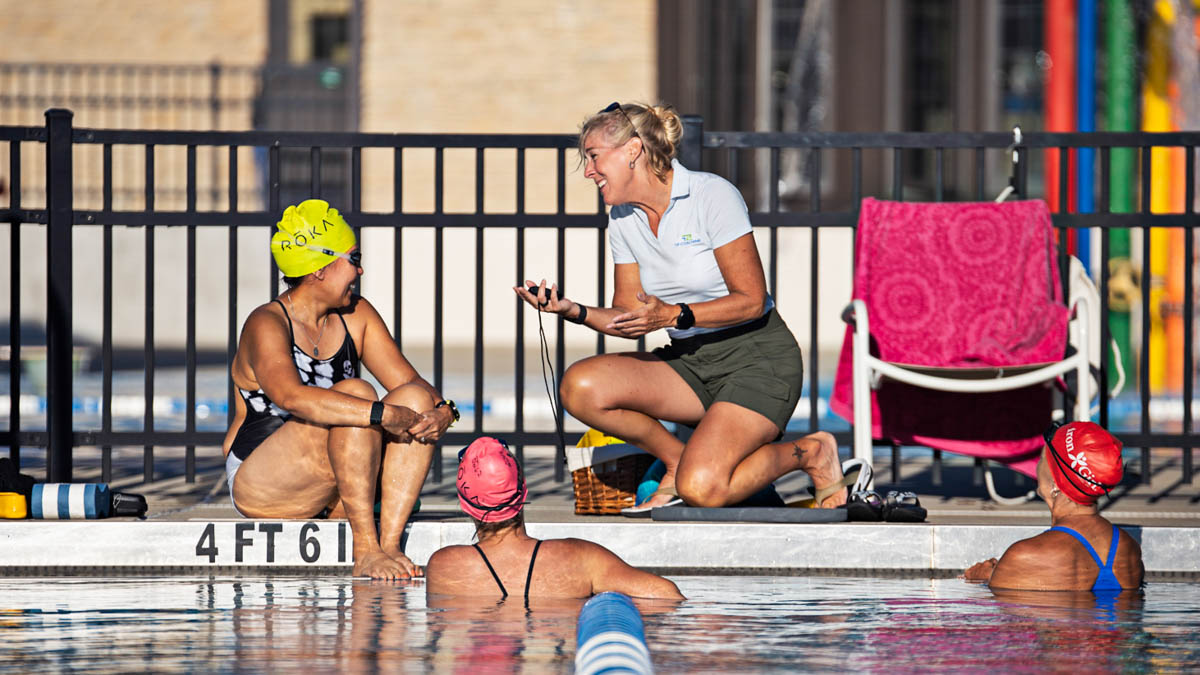 The effects (or lack thereof) a menstrual cycle has on training & endurance performance has long been debated. Two medical doctors weigh in with their ideas.

In an effort to better control experiments and understand outcomes, medical research has been biased unintentionally by the scientists performing the investigations. Until very recently, for the vast majority of medical research, subjects tended to be white men. As such, many observers have begun to question if the results would be the same if minority representation had been included or if that population had been made up of 50% women, as is the case in the world at large.

This has led to the creation of a new field of research striving to identify how women specifically are affected by variables differently than their male counterparts. In the sphere of endurance sport, many prominent voices have loudly and appropriately reminded us that women are not men and therefore should be treated differently with respect to nutrition and training.

One such area that has gained a fair amount of attention and some controversy is whether or not a woman’s menstrual cycle impacts her performance. That is to say, can a woman expect her ability to perform in endurance sport to vary depending on where she is in her cycle?

The theory behind this assertion relates to the changing levels of estrogen and progesterone over the course of a normal cycle. In eumenorrheic women, (those who have their periods regularly and are not on oral contraceptives) the cycle begins on the first day of their period. This can last a few days to a week. After that, the follicular phase begins where hormone levels are initially low but estrogen begins to increase and peaks by day 14 or so with ovulation. Next, estrogen levels fall and progesterone begins to rise. If egg fertilization does not occur, both hormones will decrease and a new period begins.

Estrogen has been shown to have some effects on cells outside the reproductive tract. Many cells show altered metabolism and the ability to use fats over carbohydrates when exposed to estrogen. This has been suggested to indicate that women’s periods are ergogenic in nature and that suppressing normal hormone levels by using oral contraception is somehow disadvantageous to athletes. Progesterone, on the other hand, has anti-estrogen effects so the notion that women’s performance may vary during their menstrual cycle has theoretical merit, but does it pan out in observational research?

What does science say (so far)?

Despite a lot of research, the question has not been answered definitively though some would have you believe that it has.

By compiling the combined pool of nearly twelve hundred women from 78 studies, the authors of a recent meta-analysis on this subject found that there may be a trivial effect on performance in women during the early follicular phase of the menstrual cycle (immediately after the cessation of menstrual flow). No differences were found at any other time during the cycle.

Dr. Shama Patwardhan is an obstetrician/gynecologist and an avid runner. She agreed that there is no good evidence to support the notion that female performance is influenced by the menstrual cycle and emphasized the study author’s assertions that women need to individualize their own experiences and act accordingly. “Different women respond in different ways to their own menstrual cycle and should let that help inform their own plans for performance improvement.”

Patwardhan also questions the utility of period tracking applications to dictate when and how women should train. “We need to honor that women’s bodies are different from men’s but we have to be careful not to perpetuate the ‘weaker-sex’ narrative that is not at all true and extremely detrimental. A lot of these apps can simply lead to self-fulfilling prophecies if women aren’t careful to inform their interpretations of what they are being told by their own experiences.”

Dr. Patwardhan also questions the notion that estrogen is significantly anabolic or that the menstrual cycle is an ergogenic aid. “As always in medicine, there are a lot of theoretical effects of the impact of hormones but the real question is what is the clinical relevance in the real world?”

Where does birth control come into play?

Dr. Patwardhan’s point is of particular importance as some physiologists recommend that women not use oral contraceptives lest they somehow disadvantage themselves. The research does not support this. Another meta-analysis looking at this question found, “oral contraceptive use does not significantly affect muscle strength. Moreover, oral contraceptive users were not stronger or weaker than their eumenorrheic counterparts.”

“I really support a woman’s choice of how she wants to control her menstrual and reproductive cycle,” Patwardhan says. “I totally support women using oral contraceptives (when training and racing) if that is the right choice for their lifestyle.”

In conclusion, athletic performance does not seem to be influenced by the menstrual cycle to any significant degree, though for some individual women this may be the case. In the absence of evidence suggesting otherwise, women should take a personal approach to their training and not rely on a one size fits all approach.