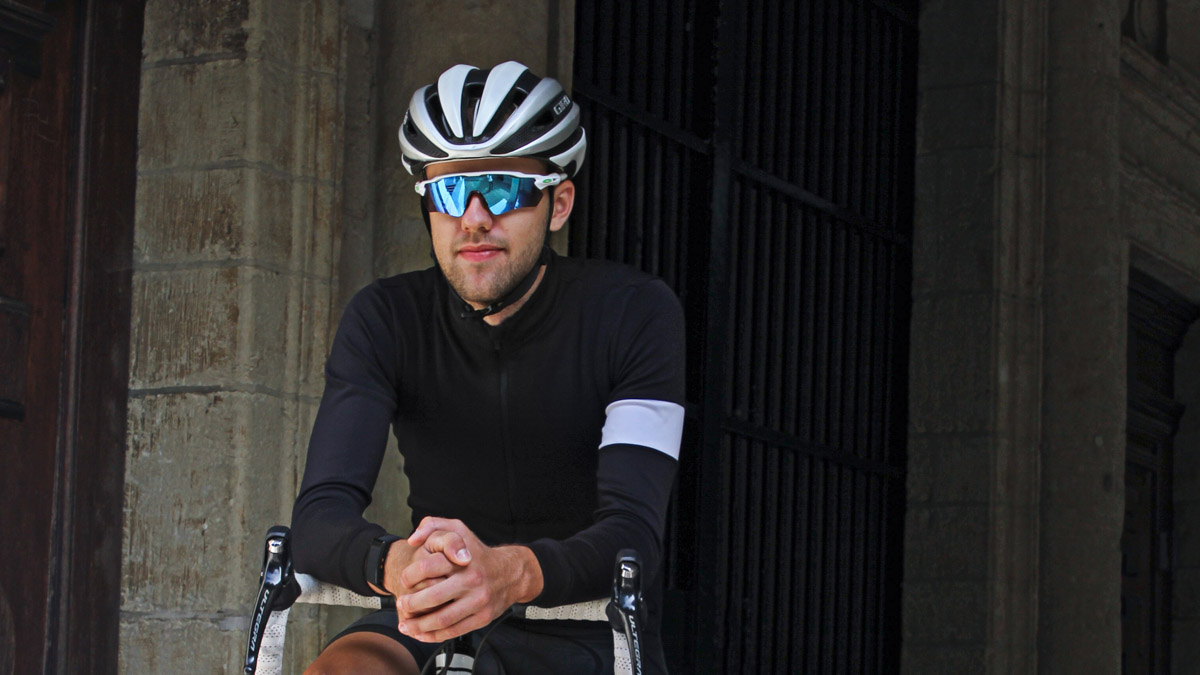 Zak Coleman is a U23 cyclist living and racing in Belgium. Here’s how he uses TrainingPeaks to reach his goals.

Zak Coleman is a British U23 road cyclist racing full time in Belgium. He races for the VP Consulting-Zannata (a Belgian domestic team) and is supported by the Dave Rayner Fund. He juggles multiple races per week, learning the craft of racing, with the goal of making a world tour team.

TrainingPeaks: How did you get into bike racing?

Zak Coleman: I started off in triathlon, my dad was into that. But then I decided I didn’t really like the other two elements of the sport, so I dropped them. I just wasn’t too great at swimming so it kinda capped me; I was playing catch up for the rest of the race. So I just changed my attention to cycling. As soon as I finished my GCSE’s which are the exams for high school in the UK, I started pushing cycling a lot more. I’d ride and train with a coach, and then coming out of juniors I went full time into cycling.

So how long have you used TrainingPeaks? Has it been something you used since you were a triathlete?

I’ve been using it since I was a youth, so I think five years?

And you’re a road cyclist right? Do you do any mtb or cx?

I used to do mtb quite a lot, that was actually my main sport, but there is not much room for progression here in the UK so I switched to the road.

You’re in the UK currently?

No, I’m in a town called Tielt-Winge at the minute, just east of Brussels. I live in Belgium during the season.

…And you don’t race cyclocross?

No! I would like to, and I think I could do it as training, but it’s hard to balance the two I think, if you really want to progress in one.

So, what team are you on?

I’m on team called VP Consulting-Zannata. It’s a Belgian domestic team. Last year it was all Belgian guys apart from me and an Australian, but this year we’ve got another UK lad come on board. He’s a year younger than me. The team’s quite accommodating, but I’ve had to learn a little Dutch to get by. I am self-coached, but also have someone who sort of oversees training and checks up on a weekly basis through TrainingPeaks.

What are your goals this season?

Win a Kermesse and then aim to start being at the front of the UCI and Interclub races. Last year it was more a case of just finishing. I’m hoping to move up onto a development team next year.

Are you more of a one-day racer or a stage racer?

I’d say I’d like to be a stage racer but there’s not really too much opportunity here in Belgium, it’s more focused on one-day races.

Can you describe what it’s like to race a Belgian Kermesse?

Almost every town puts up a Kermesse race, and you normally get around 150-175 guys heading out. It’s pretty much full gas from the start, everyone’s attacking everywhere. The race normally splits up and almost always it’s decided from a breakaway. It’s common for less than half the field to finish because they get lapped; it’s a circuit race, and it’s normally like 27-28mph average.

This kind of racing has been a traditional part of many racers’ development though, right?

Yeah, it’s definitely a big thing for the British guys. A lot of the good British riders go to Belgium and learn the craft, how to win a bike race really.

What’s your most memorable experience in racing so far?

I think probably this year when I started to ride more bigger races. There was a race we did this year called Youngster Coast Challenge, and it’s got like the CCC development team, and Dimension Data, and all that sort of thing. It was sort of that moment of realization that you’re lining up against the top guys.

Yeah pretty much, you get a bit star-struck, and have to remind yourself that you still have to race.

Did you just get destroyed or were you able to hang?

It was pretty tough going but I ended up surprising myself a bit. I was riding pretty close to the front the whole race, getting up there in the sprint.

So a podium is a real possibility for you!

Yeah, definitely at the Kermesse level. I’ve been top ten five or six times so far. Now I’m getting to the main part of the season in Belgium and there’s a lot of racing on, so hopefully that’s when I’ll have the breakthrough.

What have you changed in your training in the last few years to make it to this level?

Mainly fatigue resistance work. I think a lot of racing in Belgium is being able to produce power at the end of races, and sort of making sure I can do the hard sprint after a long effort. I’ve been doing a lot of like longer lower intensity efforts over the winter, as well as sort of general growth and progression.

Normally I do three hours if i’ve got efforts, and those could be tempo efforts or zone 3, with surges every three minutes to develop that change of pace. These are on the back end, like the last hour of the ride. It’s not nice, you get home and you feel pretty fatigued.

What metrics do you watch mostly on TP?

I’d say when I’m at the races, definitely Form. I try to make sure that’s fairly consistent as I’m heading into every race. Obviously I’m watching both fitness and fatigue throughout training, to make sure they’re both correlating—it can be a sort of balancing act when you’re racing three times a week.

Because it’s easy to get too negative too fast?

Yeah, there’s a lot of guys who go straight up to massive fatigue, and don’t log the recovery, which obviously you’re going to run yourself into the ground pretty quick.

TrainingPeaks makes me hold back a little bit. It’s hard to get out of the mindset that you have to be constantly training as well as racing, but sometimes seeing those numbers makes it easier because you’ve got something to work against. Also being able to track sort of like how you went into races each time on your form, and being able to make sure you’re in the same sort of shape, hitting it well every race.

Are you better when your TSB is negative or positive?

Normally between -3 and 3 I try and aim for.

Yeah. I’m a bit of a nerd sometimes, but if I’m making sure it’s between that, normally I end up going quite well. Sometimes you can pull off a good result when you’re outside the range, but I normally feel my best within this range.

What advice would you have for someone just getting started with TrainingPeaks?

I’d say try and learn as much as you possibly can. There are a lot of metrics but also a lot of things that can help you. Like the blog, I loved that article on Will Barta.

Thanks! That’s kind of exactly where you’re at right now as a U23, huh?

What else helps you get the most out of TrainingPeaks?

Definitely the balance between fatigue and fitness. I also like the power to HR aerobic decoupling metric; that’s really good to make sure that you’re building your fatigue resistance. It takes a split from the first half and the second half and shows the decoupling or power and heart rate, so when your heart rate stays constant but the HR increases. Obviously the less decoupling, the more pressure you’ll have going into the end of the ride. So keeping track of that is really good, especially for standard Z2 rides.

What about nutrition, do you just eat beans on toast?

Yeah, that’s very British, but pretty much, actually. They don’t really get it here, the Belgians look at us pretty weird. They just don’t really see beans on toast as a thing.

What do you eat when you can’t get beans on toast?

No dark chocolate antioxidants for you, huh?

What advice would you offer other young racers?

Race as much as you can, learn as much as you can, the rest will take care of itself. The person that owns the house I stay in is an ex British pro, and he always said I should treat racing like a bag of sugar; every time you’re making an effort you’re stabbing into the bag of sugar, and when it’s empty you’ve got nothing left. So everything you do has got to be worth it, otherwise there’s no point in stabbing a hole in the sugar. You have to train hard and race easy.

About Lydia Tanner
Lydia Tanner is the athlete content editor at TrainingPeaks. She was formerly an editor at Bicycling Magazine and contributor to Bike Magazine, Mountain Flyer, and RedBull. She is a two-time collegiate national champion in XC MTB, and raced the World Championships as a U23. She is perpetually curious about physiology and human performance.