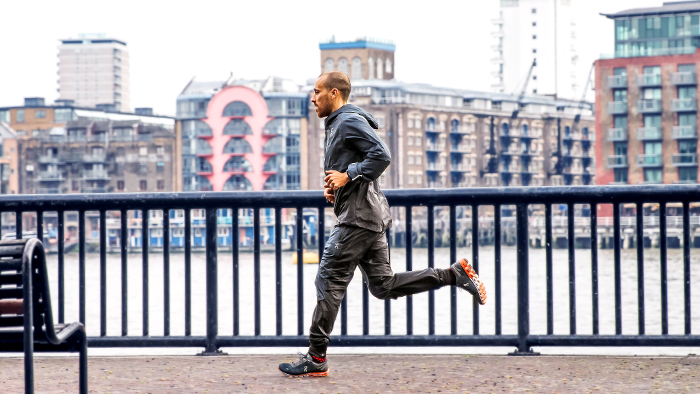 How much time can you really take off without losing fitness? Legendary coach Hal Higdon digs in to the science of losing and regaining fitness.

A week’s visit to a Caribbean island did me in. I didn’t feel like renting a bike to pedal along the oceanfront as I was fearful of traffic patterns I did not know.

I was also unmotivated to run on strange roads, or on the treadmill in the hotel fitness center. As for training in the 100-lap-to-the-mile pool at that hotel—you can’t be serious.

So I did nothing but enjoy my vacation, and I felt pretty good about it. Until I got back home. A week without training: How much fitness did I lose? How long would it take to regain it?

Not everybody agrees on the answers to those questions. Recently, hoping to promote consistency, I tweeted a paragraph from my book, Marathon: The Ultimate Training Guide: “Research by Edward F. Coyle, Ph.D. at the University of Texas at Austin, suggests that runners begin to detrain (lose their fitness) after 48 to 72 hours, and that it takes two days of retraining to regain the fitness lost for every single day of training skipped. That doesn’t mean you should never rest, but if you take long periods off, it will take you a longer time to come back.”

Not everybody wanted to hear that the high level of fitness they had earned during 18 weeks of marathon training could be lost in, what Eddie, only three days?

After all, my marathon training programs prescribe that many days of rest immediately before a marathon. Should runners not taper? Several angry individuals demanded that I defend my claims of lost fitness by citing peer-reviewed scientific proof.

Of course, I had not claimed in my tweet that 18 weeks of training would vanish in three days, only that an inevitable and almost imperceptible decline tied to inactivity had begun. Remember, fitness is not all or nothing.

Certainly, running on the fourth day would halt the decline. But the ultimate question remains: Is there a precise moment when our bodies begin to lose fitness?

I did not know, but I suspected (or hoped) that the scientist quoted in my book (Edward F. Coyle, Ph.D.,) might rise to my defense. I contacted Dr. Coyle at the University of Texas by email, and here is his reply:

“To make sure I’m up to date, I did a brief lit review on “detraining.” My past work still seems accurate. In fact, one of the best additional studies was done by David L. Costill’s group (at Ball State University) on swimmers, who displayed big drops in oxidative ability after 10 to 12 days. I try to explain it as “a person loses approximately 50 percent of the fitness they have developed when they do absolutely no training for 12 days. There are some adaptations that you keep for at least three months, namely the cardiovascular adaptations of heart size and muscle capillary density.”

In a different study (quoted in another of my books, Run Fast), Dr. Coyle convinced a group of highly trained runners (who ran 80 miles a week) and cyclists (who rode 250 miles a week) to quit training.

“Their measured oxygen uptake scores declined rapidly at first,” said Dr. Coyle, “Then less so. Ironically, the best-trained athletes lost the most. Those less-trained athletes had less to lose.” After three months, however, all were detrained.

That loss can be somewhat avoided if you at least include in your schedule one to three days a week of maintenance training, especially if it incorporates high-intensity exercise that approaches VO2max.

Of course, high-intensity training carries with it a certain risk of injury. Going from three months of inactivity to 100-meter sprints on the football field is almost certainly a recipe for muscle damage.

That is one reason why I promote consistency. You don’t need to remain in top shape 12 months of the year, but doing a bit of maintenance work during off periods will help you avoid total fitness loss.

As for my week-long trip to the Caribbean, my week away from my regular running trails probably left little impact on my long-term fitness, the fitness that keeps me in good health without necessarily being race ready.

It’s not your behavior during any two-week period that affects your fitness; it’s more what you do over the other 50 weeks of the year. And during those “other” weeks, I run, I bike, I swim, I walk, I stretch, I strength train. This provides me with a base that allows me to maintain and measure fitness over periods longer than two weeks, longer than 52 weeks, decades rather than years, an entire lifespan if you allow me the widest screen possible.

Consistency rules the day. That, and the fact that fitness is an attitude as well as being a way of life.

For further reading on this subject you can check out: Time course of loss of adaptations after stopping prolonged intense endurance training, by Edward F. Coyle, et. al