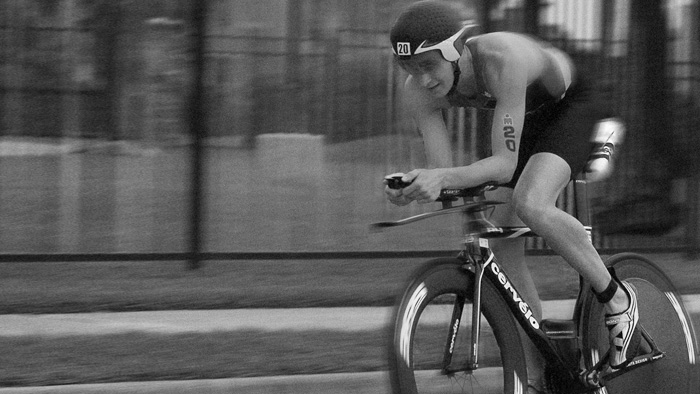 The Ironman 70.3 World Championships has a strong field on contenders vying for the title. We used Best Bike Spilt to predict the bike times for several of the top athletes.

For the first time in it’s history, the IRONMAN 70.3 World Championships will be held outside of North America. For 2015, athletes will take on hilly course through Zell Am See-Kaprun, Austria. While this course has been used since 2012, most athletes will be racing on it for the first time. Using Best Bike Split, we can look at how an athlete would best attack this course, how they should optimally pace their effort, and ultimately give a predicted time.

This bike course is a bit different as it has a long sustained climb of 9 miles that starts around the 20km (12 mile) mark. This will provide an interesting dynamic as some athletes are faster on the flats while others will excel on the climb. To illustrate this, BBS uses not only watts/kg (w/kg), but also watts/Cda (w/CdA).

Beals has been on a tear this year on the bike, having placed third at 70.3 Texas and taking his first victory at 70.3 Eagleman. At both courses he had a near 2 hour bike. While he doesn’t have the race years that many of the favorites have, he can really shake it up on the bike. We expect a fast time from this athlete and potentially a Top 10 overall. You will see that despite CdA being a little bit worse than Frodos his Watts/Kg on the climb really help keep the times close.

Frodeno has done a lot of work to refine his position since last year as his drag appears to be much better than in the past. This will be a big advantage on the flat sections of the course. The test for Frodeno will be his power output on the 9 mile climb, where his w/kg will be the key.

Both athletes are within in 20 seconds of each other, and both will likely go faster than last year’s winner Marino Vanhoenacker, who went 2:11:50, but they get to T2 through different tactics. Frodeno will be faster on the flat sections due to his better w/CdA and overall power, but Beals has the edge in w/kg on the long climb which allows him to stay close. This is where it pays to know your strengths in order to attack the course in the most advantageous way.

Barnett is a up and coming pro with a strong bike and run. She has been working with BBS this year and has a habit of beating the model. We have a conservative estimate of her bike split but think she might go a bit faster as she starts passing people that were ahead of her on the swim.

Kessler is a seasoned athlete and is always near the front on the bike. Her 4th place last year at the 70.3 World Championships in Mont Tremblant, Canada proved that she is among the world’s best at the 70.3 distance. This year, she has won six of the last eight events she’s entered, including the last four in a row. Her wins came on varying types of courses, so she will be ready to take on the terrain of this new course

Ryf is the defending 70.3 World Champion and has won each of the five races she’s done this year. An extremely strong cyclist, Ryf will look to put some distance between herself and her rivals on the 56 mile bike leg. While not the most aero of riders, she makes up for it with sheer power.

About Ryan Cooper
Ryan Cooper is the Chief Scientist at TrainingPeaks and Co-founder of Best Bike Split. He has worked and consulted with multiple World, Olympic, and IRONMAN champions, as well as teams including UnitedHealth Care, Dimension Data, Cannondale Drapac, Orica Scott, BMC, Trek, and Sky. His main mission is spreading the metrics-based training approach of TrainingPeaks and the predictive race day analytics provided by Best Bike Split. Learn more at TrainingPeaks.com and BestBikeSplit.com.
#IRONMAN-70-3