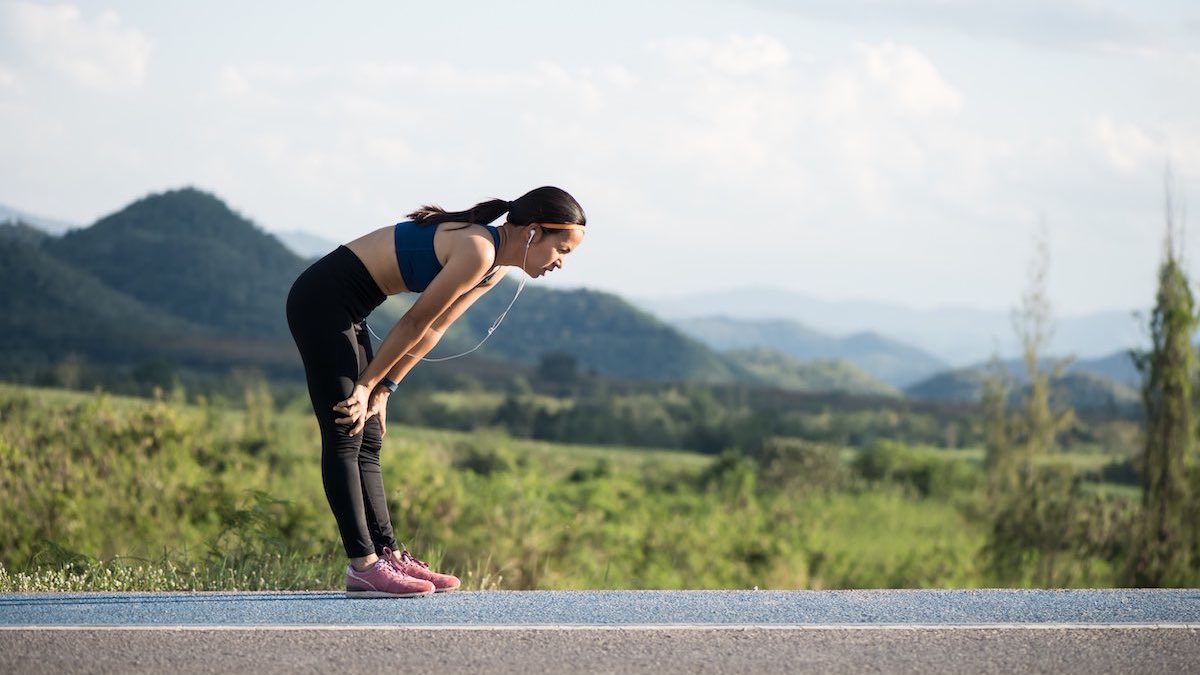 How to Prevent The Female Athlete Triad as a Coach

Coaches need to de-emphasize weight loss when talking to women and instead highlight healthy nutrition as a crucial contributor to health and performance.

During the 1970s, researchers began to notice a higher-than-expected frequency of amenorrhea (absence of normal menstrual cycles) in ballet dancers, and that in those women there was a very high likelihood of suffering from stress fractures in the feet and lower legs.

At around the same time (with the passage of Title IX), more and more women began to participate in sports, and similar patterns began to be seen among those who performed at the highest levels. In other words, more and more female athletes who developed amenorrhea had a tendency to sustain stress fractures.

What is the Female Athlete Triad?

It was only a matter of time before a syndrome was identified that linked disordered eating with the absence of menstruation and the development of stress fractures. It was named the female athlete triad, and the triad can be conceptually visualized by the figure below that illustrates schematically how the interplay between energy availability (affected by disordered eating), hormonal processes (disrupting menstrual cycles), and bone mineral density (leading to stress fractures) are all on a spectrum.

At its worst, women who are training hard may be sacrificing good eating habits, or affected by a distorted body image that leads them to develop a true eating disorder. With continued exertion in an underfed state, hormonal processes required for regular menstruation are interrupted. These same hormonal processes are required for healthy bone formation, and in their absence, bone mineral density begins to deteriorate leading to stress fractures.

Detecting the Onset of Symptoms

Fortunately, the effects of the female athlete triad are, for the most part, reversible, but the best way to manage them is to detect the onset of symptoms early to intervene and prevent the development of injuries in the first place. Coaches can have an important role both in precipitating some of the habits that can lead to the triad, but also in the early detection of and intervention in the progression of the triad by knowing what to look for and by being diligent with their female athletes.

With respect to precipitating habits that can lead to the triad, coaches should recognize the outsized impact they may have on their female athletes by over-emphasizing weight loss. Women are subject to untold amounts of societal pressures related to their weight and appearance, and well-meaning coaches can compound this and may have the unintended effect of promoting dieting or dietary restriction—the two most common precursors to disordered eating.

Promoting healthy nutrition and overall performance over weight loss is the preferred means to discuss diet with female athletes. While some coaches may have difficulty de-emphasizing weight loss, it’s important they remember that nothing is more important than their athlete’s physical and mental well-being. Healthy nutrition will accomplish both of those ends.

Because disordered eating is the common starting point for the triad, it’s the single best reason for a coach to intervene early in order to prevent the more serious effects of this relative energy deficiency.

There are several challenges for coaches to overcome in order to identify the signs of disordered eating in their female athletes:

For coaches to get past these biases they must be hyper-vigilant and pay attention to some subtle signs of poor nutrition:

Psychological signs include complaining of feeling fat despite being thin, anxiety and/or depression, difficulty concentrating, and preoccupation with weight and eating.

It should be noted that the mere presence of any one of these signs or symptoms is not enough to make the diagnosis of disordered eating, but should serve to at least raise awareness of the possibility for the coach.

Later signs of disordered eating include amenorrhea and eventually, stress fractures. It’s difficult for a coach to know their athlete’s menstrual health, and this is likely not something many coaches would feel comfortable asking about.

However, if a coach is concerned about their athlete and believes that they may be at risk for the triad, knowing if they are still having periods is very important. Amenorrhea has for too long been considered ‘normal’ amongst female athletes, and it’s important that this attitude shift.

For a coach who is worried, a suggested approach might sound like: “I understand there is a fine balance between performance and weight, but there are some really clear signs when that the balance is off. Missing your period is one of those clear signs. If this is happening or begins to happen, we need to address it as soon as possible. I need to know this as a coach because it is indicating to me that you are not fueling adequately and therefore not going to be able to train optimally, and secondly, that you are putting yourself at risk of injury.”

If an athlete is identified with amenorrhea, a frank discussion with her is paramount with an emphasis on the need to get back to a healthy state. A focus on a restoration of energy balance through improved nutrition is almost always adequate to reverse the menstrual irregularities, and over time, any deficits in bone mineral density.

However, women with disordered eating, especially those at the end of the spectrum closest to true eating disorders, may refuse to recognize they have a problem and will not make the necessary changes to improve their health. Worse, they might continue their behaviors while paying lip service to making changes.

These latter cases should be strongly encouraged to seek help from a healthcare professional who specializes in the management of these patients. For less seriously affected women, a registered dietician may be helpful to develop an acceptable plan to restore an appropriate energy balance for their athlete.

Any female athlete who sustains a stress fracture should be encouraged to see their physician for a comprehensive evaluation of their menstrual health since this often is a sign of the female athlete triad.

It’s important to note that in 2014 the International Olympic Committee issued a consensus statement Beyond the Female Athlete Triad—Relative Energy Deficiency in Sport (RED-S). This statement was an effort to update the science on the triad, but also to recognize that a similar syndrome had been purported to exist in male athletes. The redefinition of the female athlete triad to RED-S was met with considerable scorn in the sports medicine community and remains a topic of significant controversy.

While it’s true that a significantly smaller number of male athletes do suffer from disordered eating, there are several problems with redefining the triad to RED-S:

For this reason, coaches should be much more concerned about their female athletes than their male athletes with regard to the presence of disordered eating and all its associated effects.

In summary, female endurance athletes are at significant risk for disordered eating because of the nature of the sports that they participate in. Coaches need to be careful to de-emphasize weight loss when talking to women and instead highlight overall healthy nutrition as an important contributor to overall health and performance. Coaches should also be vigilant for signs of the female athlete triad and encourage female athletes with signs of it to seek an evaluation by a health professional.

I am deeply indebted to Kelly Phuah and Lucy Brash for their assistance in reviewing and editing this article prior to submission. In addition, I consulted the following manuscripts in the preparation of this article:

About Dr. Jeff Sankoff
Jeff Sankoff is an Emergency Physician, long time triathlete and USAT/IRONMAN University Certified coach. He has completed 6 IRONMAN races (including Kona) and more than fifty races at the 70.3 distance including 5 World Championships. He produces the TriDoc Podcast that can be found on most popular podcast platforms and iWork’s with LifeSport Coaching. You can learn more about him at his website: TriDoc Coaching.
#COACHES-CHOICE#PHYSIOLOGY#SCIENCE