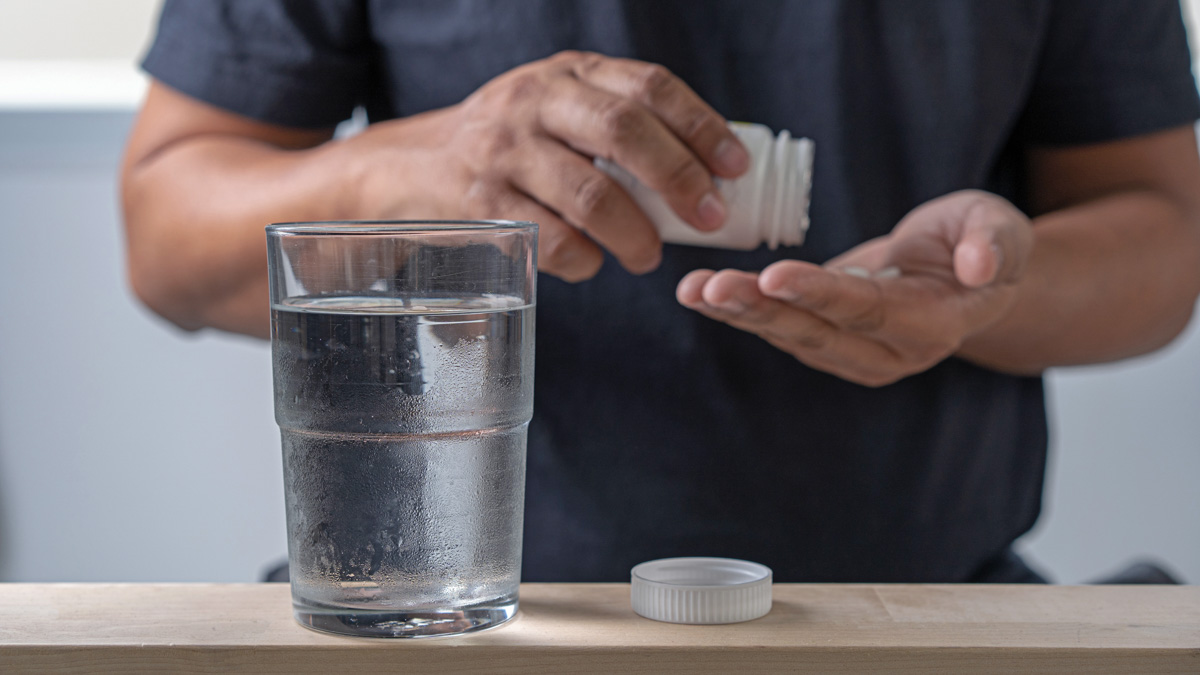 How to Counsel Your Athletes on NSAID Use

Athletes love their NSAIDs, but research increasingly shows that regular use isn’t without risks. Here’s what you need to know.

In September 2019 the World Triathlon Corporation signed a licensing agreement with Bayer Health Care, the makers of Aleve, wherein the non-steroidal anti-inflammatory drug (NSAID) would sponsor the ‘No Pain No Gain’ mile along the run course of the Ironman World Championship in Kona, Hawaii. This partnership caused a lot of consternation among both coaches and athletes, who questioned the merits of Ironman aligning itself with a drug company, and specifically with a drug that has been shown to have significant effects on athletes.

The reality is that triathletes (like all the general population) use NSAIDs in huge numbers. In 2015, the global market for over the counter sales for all NSAIDS was more than $4 billion, with naproxen (the generic name for Aleve) accounting for around $330 million. NSAIDs have been marketed to athletes for years as a safe way to relieve post-exercise soreness and to help with the swelling and pain associated with injuries. But are they as safe as the drug companies would have us believe?

Over the past several years medical research has raised questions about the safety of NSAIDs, particularly in athletes and older adults. Here is what a coach should know about NSAIDs and how to counsel athletes when they ask about their use.

What is an NSAID?

NSAIDs have been around for several decades, and while there are numerous drugs of this category, just three make up the lion’s share of the over the counter market in North America: ibuprofen, acetylsalicylic acid, and naproxen. All of these drugs work to inhibit an enzyme integral in the formation of prostaglandin, a pro-inflammatory chemical. Prostaglandin is a type of lipid with a role in pain transmission, and unrelated roles in the stomach and kidney.

What Side Effects Should Athletes Be Aware Of?

For the most part, NSAIDs are quite safe, with reasonable side effect profiles and fairly low incidences of adverse effects. However, when NSAIDs are taken regularly, even in recommended doses, they can cause stomach ulcers, due to prostaglandin’s role in protecting the mucous layer lining your stomach. When prostaglandin is inhibited, it can leave your stomach more vulnerable to gastric acid. This is especially prevalent in older patients.

NSAIDs have been found to have some other unexpected adverse effects. For example, when taken prior to exercise, NSAIDs cause a much higher risk to cause kidney injury, due to the dehydration seen during exercise combined with the drugs’ effects on renal blood vessels. Protein synthesis is also down-regulated by these drugs, so muscle recovery from and adaptation to high-intensity efforts can be negatively impacted. Finally, several studies have suggested that stress fractures are more common among athletes who use NSAIDs on a regular basis.

In older adults, the use of NSAIDs has been shown to be associated with a higher risk of both stroke and heart attack because of their effect on platelets in the blood. Acetylsalicylic acid, or Aspirin, is an exception in this regard; aspirin can actually have protective effects against heart attack and stroke.

Acetaminophen, or Tylenol, is not an NSAID. It works in a completely different manner to accomplish similar results in reducing fever and pain.

As opposed to NSAIDs, acetaminophen does not carry with it the risks to the kidney or stomach nor does it appear to have the negative impacts on muscle recovery or adaptation to exercise. Unfortunately, some of the same studies that found that NSAIDs were associated with a higher risk of stress fractures linked acetaminophen to that higher risk as well.

Acetaminophen has even been investigated as a potential aid when racing in hot environments. It turns out that not only does it lower body temperature in the case of fever, but it can also keep it low when it would otherwise rise, say, during a hot race. Studies evaluating these body temperature lowering properties in athletes have shown mixed results. There is some evidence Acetaminophen does indeed keep body temperature lower in hot conditions, but there is no conclusive evidence that this has any impact on actual performance.

So what advice should a coach give an athlete asking about pain relief?

With respect to NSAIDs, there is likely little to no harm to using these drugs on an as-needed basis to relieve minor discomfort from exercise or non-exercise related ailments. However the use of NSAIDs prior to or during exercise or events should be strongly discouraged, and their use by athletes over the age of 50 should also be carefully considered if not outright discouraged in favor of acetaminophen. The regular use of NSAIDs after exercising should also be discouraged, though occasional use is probably fine in most cases.

With respect to acetaminophen, while there is likely less risk to using this drug before or during a training session or race, there also likely isn’t much benefit (be it to diminish pain or as an aid for body temperature control). The use of acetaminophen after events for pain relief is fine, though the association with stress fractures should be considered. Like NSAIDs, regular use is not ideal.

If your athlete is experiencing chronic pain from training, it’s important to try and get to the root problem rather than allowing them to take an NSAID or acetaminophen regularly. Addressing a muscle imbalance, mobility issue, or joint damage may require your athlete to take a step back from training, but the long-term benefits will far outweigh the risks of regularly dosing up on over the counter remedies.

About Dr. Jeff Sankoff
Jeff Sankoff is an Emergency Physician, long time triathlete and USAT/IRONMAN University Certified coach. He has completed 6 IRONMAN races (including Kona) and more than fifty races at the 70.3 distance including 5 World Championships. He produces the TriDoc Podcast that can be found on most popular podcast platforms and iWork’s with LifeSport Coaching. You can learn more about him at his website: TriDoc Coaching.
#FUNDAMENTALS