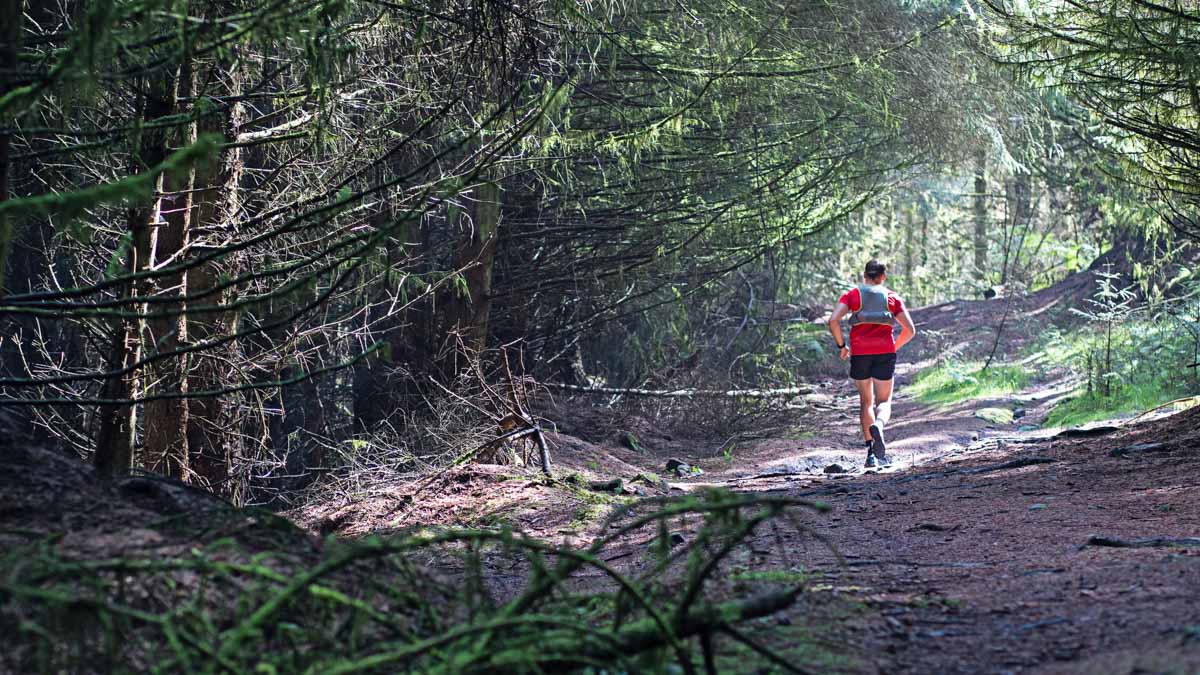 How Time Spent in the Woods Can Reset Your Tired Brain

Are you or your athletes hitting a training plateau or even drop-off due to mental exhaustion? Perhaps it’s time to try forest bathing.

Back in school, I hated math. And, truth be told, I stopped being able to help my son with his numbers-focused homework several years ago (thank goodness my father-in-law was a math professor so my wife is more than up to this task). But performance numbers can be fun. For me, that means split times for various rowing intervals, wattage, and occasionally, a 2,00-meter benchmark. If you’re a runner, maybe it’s elevation gain, distance, and stride cadence that you’re more concerned with. Regardless of which metrics matter most to you, it’s all too easy to get caught up in them until they become all that matters in your training.

But what about when you hit a wall and the digits start turning backward, like Ferris Bueller’s plan to erase the evidence of his escapades in Cameron’s father’s Ferrari 250 GT California Spyder? Or when you hit a long plateau and seem to be stuck in neutral? Sure, you could keep trying to go harder and faster for longer, but as any experienced athlete or coach knows, you can only keep upping the intensity and volume until they conspire to crush you.

Sometimes, the best way to go forward is actually to take a few steps back. Or, in, certain cases, a few steps outside your front door and into the great beyond. In the past few years, an increasing number of studies have suggested that simply taking a long, easy walk in a natural setting does wonders for your nervous system, stress and anxiety levels, and much more. Let’s take a closer look at the practice known as forest bathing and see how and why you should give it a shot to reset your body and mind.

Some years ago, Dan Buettner was assigned an article by his editors at National Geographic to not only find the communities across the world with the greatest longevity, but also to document the potential reasons for their lifelong vitality. Little did he know that what started as a simple assignment would lead to several New York Times bestselling books, starting with the seminal title The Blue Zones. One of the commonalities that Buettner found was that the people living in Okinawa, Sardinia, and other areas where active centenarians are commonplace rather than exceptions is that they walk outside every day. A lot. In fact, if they wore fitness trackers (note: they don’t), the daily pedometer reading would be over six miles on average. While the locales of each place designated as one of the Blue Zones differ in terms of climate and topography, their citizens all have ready access to traversing terrain.

You might not live in a seaside community in Japan or amidst towering peaks in Italy, but you can still take a leaf out of the Blue Zones playbook and simply get moving outdoors as often and for as long as your schedule allows. There’s plenty of science to back up the anecdotal evidence presented by Buettner and a bevy of anthropologists. Recent findings from an extensive American Cancer Society study of 140,000 people showed that those who walk at least six hours per week have a significantly lower incidence of cancer, respiratory illnesses, and cardiovascular disease. And just two hours of walking per week moved the needle on all three diseases in a positive direction.

Want to double down on such benefits? Researchers from the University of Tokyo – one of the leading pioneers in assessing the practice known as shinrin-yoku in Japan – found that taking a single two-hour walk in nature can boost the level of NK cells – which are involved in taking out cancer cells and other unwanted invaders – for up to 30 days.

It isn’t just your body that can benefit from forest bathing, but also your brain and emotional state. In his book Blue Mind, author Wallace J. Nichols shared that veterans suffering from traumatic brain injuries (TBIs) and post-traumatic stress disorder (PTSD) who participated in Rivers of Recovery trips reported a 28 percent reduction in the physical effects of stress, 11 percent greater sleep quality, and feeling 67 percent more serene.

Forest bathing expert Yoshifumi Miyazaki found that the smell of cypress and pine trees enabled people who were stuck in a sympathetic (fight/flight/freeze) state to transition a state of parasympathetic recovery (rest/digest) and calmed their prefrontal brain activity, while taking a whiff of orange and rosebuds promoted relaxation. He also discovered that the aroma of cedar oil helps improve emotional stability. So even when you’re unable to get outside and literally smell the roses (like, say, during a stay-at-home policy is in place) you could still order some of these essential oils, put them in a diffuser with a carrier oil, and reap the health benefits.

Forest Bathing in the Age of COVID-19

Granted, you need to keep your distance from other hikers right now to reduce the chance of contracting or unwittingly spreading COVID-19. But at the time of writing, many states the occasional beach or trail open (National Parks notwithstanding) with the assumption that you’ll do the smart thing and keep away from others during your walk in the woods, on the sand, etc. Here in Colorado, I’ve found that our open spaces are less crowded than they’ve been in years. So without being flippant about the risks, I urge you to take a break from your regular training at least once this week, get outside, and see what you can find to restore, awe, and inspire you.

About Phil White
Phil White is an Emmy-nominated writer and the co-author of The 17 Hour Fast with Dr. Frank Merritt, Waterman 2.0 with Kelly Starrett, and Unplugged with Andy Galpin and Brian Mackenzie. Learn more at www.philwhitebooks.com and follow Phil on Instagram @philwhitebooks.
#TRAINING-THROUGH-COVID-19#PSYCHOLOGY#SCIENCE