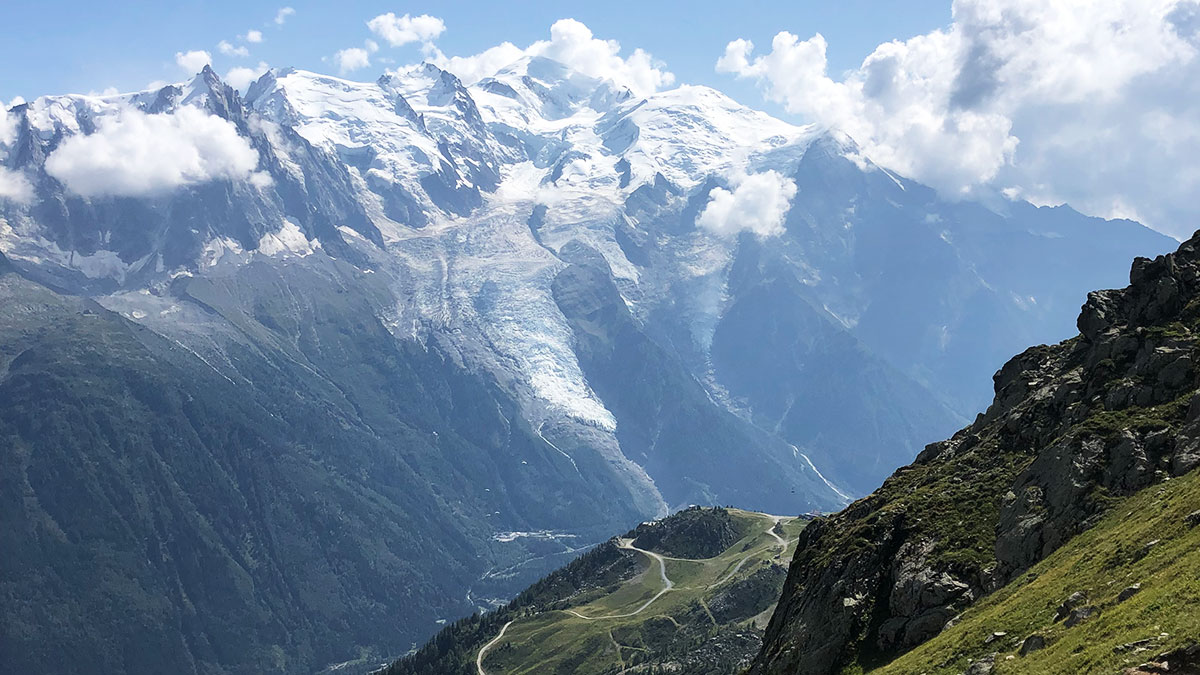 When disaster hit early in the race, this runner was prepared. Here’s how having a mental plan can safeguard your race no matter what happens.

“Pressure…can smack us in the face. The sharp edge of reality has a way of cutting our fantasies to shreds.”

The Ultra Trail du Mont Blanc is a 107-mile ultramarathon than loops around Mont Blanc, visiting France, Italy and Switzerland en route. I raced it in 2019 and sure enough, the “pressure” mentioned above hit me after 3 hours of running—but it wasn’t in the face. It came in the form of a trekking pole from the runner in front of me, and it hit me in a far more… delicate area. The pole had gotten stuck in a gap in the bridge we were crossing, and when the runner tried to pull it out it sprung back, straight into my groin.

After 30 weeks of dedicated training for the biggest race of my life, I found myself doubled over in pain. Then the nausea hit, and I was unable to eat anything for the next 9 hours.

Believe it or not, this race has a happy ending: I was not one of the 40% of runners who DNF’ed, but I could have been. Instead, from my lowest point in the race I gained over 1,000 places and finished well inside my mid target time.

So how did I manage this? It all started several weeks before the race itself.

The Importance of Mental Prep

It is often said that the longer the race, the more mental (and less physical) it becomes. From personal experience I believe this to be true. Psychological training has long been researched as an area for improvement on endurance performance (McCormick et al, 2015) with areas such as Self-Talk being seen as a key determinant on performance (Hatzigeorgiadis et al, 2011) and for reducing the rate of perceived exertion (Blanchfield et al, 2013). Goal setting has also been proven to show significant improvements in sports performance (Theodorakis, et al., 1998 and Tenenbaum, et al., 1999), and having a mix of moderate, absolute, and combined short- and long-term goals was associated with the greatest impact (Kyllo and Landers, 1995).

Armed with this knowledge I set out to make sure I was both physically and mentally prepared for the race.

Prepare for the Negatives

I knew and accepted that there would be hard times in this race, so I wrote down everything I could think of that could go wrong, and formulated a plan for each one. These scenarios ranged from getting blisters to hallucinating, and weren’t limited to things that have happened in other races. For example, I have never been sick during an event, but I wrote down what I would do if this happened to me at UTMB. My note said:

As such, when the trekking pole hit me, the vomit wasn’t a surprise variable. I did not let it throw me off my track and goals; I merely executed my plan to deal with it.

Like my preparation for the negatives above, I also wrote down my rationale for finishing. This wasn’t a single item, but multiple bullet points including everything from the financial investment I had made, to the weeks of training completed, to the joy I would feel when I crossed the line. I deliberately linked my reasons to both internal and external motivators.

I actually carried a printout of those bullet points in a clear waterproof bag, and planned to look at them, say them out loud, and use them to combat the inevitable negativity I knew I would need to confront. The result was that, even after 30 hours of racing and close to two days with no sleep, I was still in a good place. I have never had such a positive race!

Research by Allen et al., 2018 found marathon runners were 1.4 times more likely to finish a marathon in 3:59 rather than 4:01. In fact, a total of 300,324 competitors finished their marathon in the three minutes prior to the four-hour mark compared to only 212,477 competitors who finished in the three minutes after the four-hour mark. So in a 6 minute period c.78,000 more people finished just under the wire.

This is not because humans are categorically better at running 3:59 than 4:01 in a marathon—it is actually physically harder to finish sub-4 hours—rather, the analysis reveals that humans add great importance to numbers, which means they can serve as a strong motivator (and consequently have a significant impact on finish times).

As such, I set myself an A, B and C goal, with A being the perfect race, C being to finish, and B being a mid-point. Each was a clearly defined time that I knew I could hit. This approach has served me well in previous races, and helps me refocus on a new target if things go wrong.

Additionally, I listed the key reasons why I would succeed; from successes in training races to my preparation for this race in particular. This list gave me a lot of reasons to believe I could reach my goals.

Putting it all into Practice

When the pole hit and my A and B goal went out the window I used that self-belief to keep strong and aim for my C goal. When I started to feel better, I re-shifted my focus and started pursuing my B goal. I actually got ahead of B-goal pace and I was getting close to my A goal splits, but unfortunately I had lost too much time early on to make it back up for an A-goal time overall.

Having clear goals to aim for served as motivation, gave me focus, and coupled with my self-belief re-assured me that I could still achieve a goal. All around, this helped ensure I put on a strong performance (once I could stand up straight again!).

For any sporting event, I highly recommend you take some time to look at the mental side of things as well as the physical. The approach detailed above was personal to me (as I know how to motivate and drive myself), but there are common themes and approaches that can be adapted for any race or training plan. From working with my athletes I’ve found that goal setting, preparing for negative scenarios and defining motivation are all important factors in improving performance. Adopt and tailor these to your own needs for more successful races!

Blanchard, A, Hardy, J, De Morree, H, Staiano, W, and Marcora S (2014) Talking yourself out of exhaustion: the effect of self-talk on endurance performance, Medicine & Science in Sports & Exercise, Vol 46 (5) 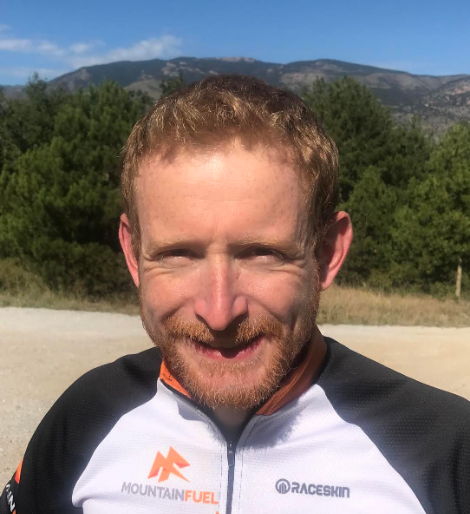 About Doug Stewart
Doug Stewart is the founder and head coach at TMR Coaching, an IRONMAN Certified Coach accredited with TrainingPeaks, UK Athletics and British Cycling. Having completed races such as Ultra-Trail du Mont-Blanc, Trofeo Kima and the Celtman Xtreme Triathlon, Doug uses his extensive experience of trail, ultra running and endurance triathlons to help athletes achieve their goals. When he’s not training or working, he’s studying for his MSc. in Performance Coaching. You can see some of Doug’s training plans here and visit his website here.