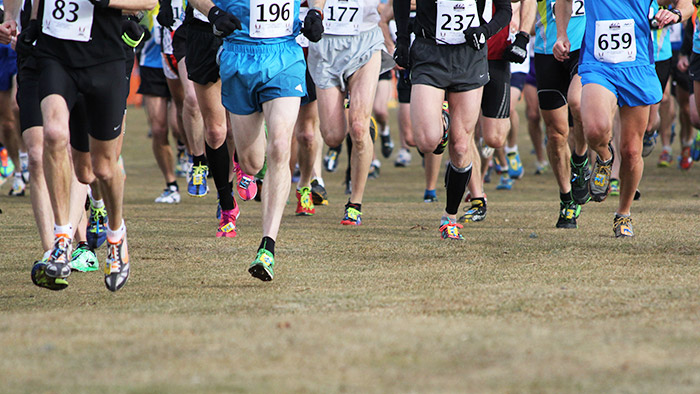 The final installment of our three-part series from legendary coach Hal Higdon on how to unlock your potential on the run.

A prolific running coach, contributing editor at Runner’s World, and author of more than 30 books, Hal Higdon is synonymous with the marathon. Everyone from high school track hopefuls to Olympians have benefited from his vast knowledge of the sport and how to unlock your potential doing it. His best-selling book “Run Fast” was recently released in its third edition, and he’s given us a look into some of the many nuggets of wisdom found within it. He’s told us his 12 secrets of running success and how to navigate your first road race. In this last installment he goes over the important differences between fast-twitch and slow-twitch muscle fibers—and why you must train both of them in order to become a more successful overall runner:

Along with amazing talent and dedicated training, fast-twitch muscle fibers are one of the reasons why Jamaica’s Usain Bolt has been able to dominate sprinting at the world level and repeatedly crush world records at the 100m and 200m distance for nearly a decade. Could Bolt translate that speed from the shortest Olympic distances to the longest marathon? No. Conversely, top marathoners such as Wilson Kipsang and Meb Keflezighi would be unable to challenge Bolt in his specialty.

Most of us fit somewhere in the middle when it comes to fast-twitch versus slow-twitch. From tests in the laboratory, for instance, I know that I possess 55 percent fast-twitch muscles. Other factors notwithstanding, some people are born to be better 5K runners and others to be better marathoners. Training can create some changes, and indeed one subcategory of fast-twitch muscles (fast-twitch 2) can be trained more for endurance.

In 1974, Dr. Phil Gollnick of Washington State University and Dr. Bengt Saltin, one of Sweden’s top exercise physiologists, collaborated on a study using a group of cyclists. The scientists were interested in the differences between muscle types.

Gollnick and Saltin took muscle biopsies of the cyclists as they exercised and discovered that between 60 and 90 minutes, most of the glycogen stored in the cyclists’ slow-twitch muscles had become depleted. This is important. How well fast-twitch and slow-twitch muscles perform depends partly on how much fuel is available during exercise. Both muscle types burn fuel to function well. Glycogen is the most efficient form of fuel for energy. Glycogen is a substance similar to sugar that is most easily stored in the muscles when you consume carbohydrates. Fats and proteins also can be converted into energy, though less efficiently. When glycogen becomes depleted, performance results diminish, even in short-distance races such as the 5K. Glycogen depletion is one reason why some marathoners “hit the wall” 20 miles into their 26-mile races.

A quick take on this research tell us that this training of fast-twitch 2 muscle fibers is one reason why runners do long runs in practice—running beyond the 90 minutes or so where their muscles become glycogen-depleted. All my training programs offer long runs on the weekend with one purpose in mind: to make you a better endurance athlete.