Go Paleo: Why Athletes Should Ditch the Pre-Race Pasta Party

As a die-hard Paleo endurance athlete, I have a real problem with the idea that almost all the pre-race day dinners hosted at races are largely, if not entirely, focused on pasta and bread! 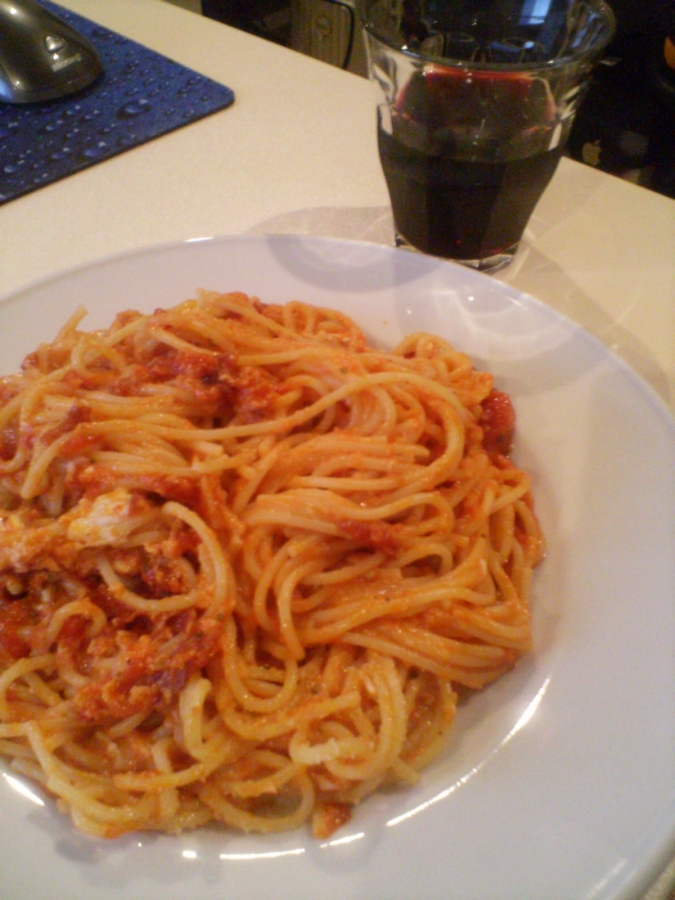 As a die-hard Paleo endurance athlete, I have a real problem with the idea that almost all the pre-race day dinners hosted at races are largely, if not entirely, focused on pasta and bread!

It’s so unfortunate to think of how many athletes have their races sabotaged, or at least compromised, not only by consuming too many carbohydrates, but the wrong type of carbohydrates.

One in 133 people have a mild to severe reaction to eating gluten.  Even if you’ve been to your doctor and have tested negative for celiac disease, don’t assume you should carry on eating wheat, barley, rye, and all their derivative products.

For some, the result is mild to moderate GI distress, including leaky gut syndrome or misdiagnosis of irritable bowel syndrome, but it doesn’t stop there.  Gluten affects the whole body and side effects can also include acne, joint pain, not recovering well from workouts, chronic fatigue, and exacerbation of autoimmune conditions.

Some studies show it’s just a matter of time, and that many people can reach a tipping point at any moment in their lives at which they simply cannot ingest this toxin any longer.   People can have a latent allergy to gluten, myself included.  At age 28, I found my tipping point.  One can eat gluten-based products for their entire life and then, sometimes as a result of infection, trauma or stress, the body simply says, “I’ve had enough.”

Not exactly.  Some of the negative properties found in gluten are found in ALL grains. They all contain “anti-nutrients” which prevent the body from properly absorbing all of the nutrition from healthy fruits, veggies and meats that we’re eating.

Where does that leave the endurance athlete trying to follow a Paleo diet, given that many of the sports nutrition products on the market are grain-based?  How does one “carbo-load” for a long training session or a race?

After 10 years of racing Ironman, the last six which have been Paleo (and have included four trips to Kona), I can tell you from personal experience that Paleo living absolutely supports endurance training and racing.

I have the same meal for dinner the night before every race, and the same breakfast before the gun goes off on race day.

The night before, dinner is always roasted chicken breast, steamed broccoli or spinach, and yams drizzled with olive oil.

I cannot remember the last time I had GI issues in a race.  This coming from someone who was constantly sidelined by unexpected stops in the port-a-loo in literally every race I did, back in the days when I would rely on spaghetti dinners the night before and a bagel with peanut butter on race morning.

How do you tell if you’ve got mild to severe issues with gluten?

A visit to your doctor is one method, but even if you see your physician and he or she tells you that the results of your celiac test were negative, you will still be better off not eating grains.

I encourage you to be your own investigator.  To start, cut out grains and all related products for 4-6 weeks and see if you feel better.  Then, do yourself a favor and give Paleo a shot.  Cut out acid-forming dairy and anti-nutrient containing legumes (including soy and peanuts) and you won’t believe how fantastic you feel, even if you’re coming from a place of feeling great to begin with!

If you’re looking for more info on the Paleo lifestyle, check out the following related articles: