Don't forget about your hydration on race day. Here's a few tips to help you show up hydrated. 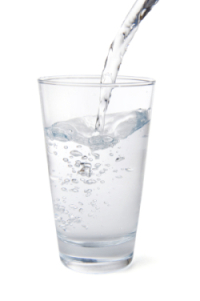 Your first day in medical school, with only a little tongue in cheek, they tell you that the answer to a question you may ask today is somebody’s best educated guess given the knowledge available today. If you’d asked that question 20 years ago, same question, you’d likely get a different answer. The same may be true if you were to pose this question 20 or 30 years from now. In other words, as science moves on and we continue to learn, the answers change, thankfully. The following is what I believe the controversial exercise science literature says today about your hydration and I’ll leave it up to you to ask again in two decades.

First, let’s review the shortcomings of the above two extreme strategies.

The “Drink All You Can Drink” Strategy

I have a CD on which a triathlon coach gives the instructions to “really tank up” at supper the night before your race as well as on race morning. He advises carrying a water bottle with you around the transition area, sipping as you go, while you’re prepping on race morning to start the event, well, saturated! The only really good part of his plan was to pee, probably in the body of water in which you are about to race, at the end of your warm up swim moments before race start. You begin with an empty bladder (because, if you follow that strategy, it won’t be empty for long!).  In addition, each of us has seen directives where, particularly on the run, we should never pass an aid station without drinking at least something. I’d agree with stopping if, at many of the stations you bypassed fluid and got a banana piece, pretzel, apple slice, gummy bear, etc.

The most significant problem with this strategy could be overhydrating and risking Exercise Associated Hyponatremia. (EAH). EAH, if you haven’t followed the literature, occurs when the athlete drinks to excess and dilutes the electrolytes in his/her blood to a dangerous degree. When full blown symptoms occur, the athlete can seize and die. The literature shows that up to 18% of endurance athletes suffer some degree of EAH. This doesn’t happen often but it’s entirely preventable.

The “Drink Only to Thirst” Strategy

Option “B” would have us consume fluids normally up until race start, and then only drink when we felt thirsty, whenever that might be. As I see it, this can be problematic too. First, as we age, the ability to conserve water in our bodies diminishes and our own ability to sense thirst decreases (Mayo Clinic, 2013.) Another “getting older” problem is that we respond more poorly to changes in ambient temperature. Although I’ve heard it said by some that dehydration doesn’t typically affect performance, and that the winner of the race may well be “the most dehydrated one out there,” that would be counterintuitive to what we know about dehydration. In fact, a piece by noted Sports Nutritionist Asker Jeukendrup (Human Kinetics, 1/14/2013) recently stated that, “Exercise performance is impaired when an individual is dehydrated by as little as 2% of body weight. Endurance capacity is impaired much more in hot environments than in cool conditions.” Losses in excess of 5% of body weight can decrease the capacity for work by 30%. Interestingly, in a 2005 study Authentic Health Fitness Australia reports that at 4% dehydration we suffer “increased effort for exercise, impatience, apathy, vague discomfort, loss of appetite.” The reader would be wise to interpret these statements, written as fact, as soft endpoints since we’re dealing with individuals and one is different from the next.

Murphy (Inside Triathlon, March 2013) reports that some researchers have shown that greater levels of dehydration do not interfere with racing performance. In conversations with noted triathlon coach and author Joe Friel, higher levels of dehydration are compatible with victory and supported by contemporary literature. We’ll come back to that.

Due to the unique characteristics of each athlete, we would be best off if we constructed a hydration plan just like we’ve constructed a training plan and a race plan. It’s reported that in hot, humid climates, endurance athletes lose up to 2.5 liters/hour but sweat rate varies widely between individuals. Often quoted, Alberto Salazar was measured at 3.7 liters/hour during the 1984 Olympic marathon! Our personal hydration plan would keep us from dehydrating or potentially even worse, overhydrating and risking EAH. Conversely, we would learn how to avoid underhydrating risking a performance decrease.

Dr. Doug Casa, head of the Korey Stringer Institute at the University of Connecticut and author of one of the definitive books on fluids Preventing Sudden Death in Sport and Physical Activity, says that ideally we would each use a “personalized hydration plan based on our own individual sweat rate.” You can calculate this roughly by weighing yourself nude before your next workout in heat. Run for an hour, strip and re-weigh. Assuming you didn’t pee, poop or drink anything, the amount you lost is your sweat rate. It’s a good idea, very easy to do, and worth repeating. Goulet writes that “in athletes whose thirst sensation is untrustworthy or when external factors such as psychological stress or repeated food intake may blunt thirst sensation, it is recommended to program fluid intake to maintain exercise-induced body weight loss around 2% to 3%” (International Life Sciences, 2012).

Even without knowing your sweat rate, rather than subscribe to one of the two extreme options described above, here’s a more balanced approach to race day hydration.

From the above, we’ve seen that you probably don’t start overdrinking the night before, and keep your regular morning routine including fluids. We’re often a little distracted or nervous at this time and it’s pretty easy to forget the fluid arriving at the start line a little dry. You already have a mental checklist (or better yet, download this printable triathlon race day checklist) including body marking, transition set-up, a visit to the port-a-pottie for that last minute poop and bladder emptying. Drink some, without going overboard, so that you don’t toe the start line thirsty.

If your race is only an hour (even 1.5 hours for some of us) it’s actually been shown that performance wise, you really get no benefit by drinking. None. You just lose the time you slowed at the aid station. But, if most of the water is poured on your face and head on a hot day, or you grab some ice that’s put into your hat, go for it.

In a longer race, be conscious of your thirst and drink accordingly. Remember that although you may be “trained” to drink frequently whether or not you need it, don’t. If you are the 175 lb. athlete in Dr. Jeukendrup’s model, to be 2% of your body weight down, you have to have lost 3.5 lbs. Not impossible at all. In fact it’s quite common. Friel might interject that 5%, or nearly 9 lbs down may be acceptable, yet others say this would be individual specific.

Lastly, remember the old adage of never doing anything new on race day? This might include finding out the official beverage of your upcoming race. You’ll want to determine if they provide a commonly used product or possibly one that your GI tract doesn’t like all that much. Or, one you don’t know at all. A simple e-mail to your race director will get you that information and from my experience, race directors are great people, interested in your success and happy to help. Now that you know, get some of this product, give it a go during training, and change an unknown into a known. If you don’t tolerate this specific product, you can always simply rely on the old standby, water, and a gel product you’ve consumed in the past. Also, if your race is in a significantly warmer climate, consideration of warm weather acclimation should be given more than simple lip service.

These are only the basics from which you can and should build your own hydration plan, one that fits YOU. So, like in the story of Goldilocks and the Three Bears, when Goldilocks says, “Ahhh, this porridge is just right,” you’ll arrive at the race finish line, “Just right!”