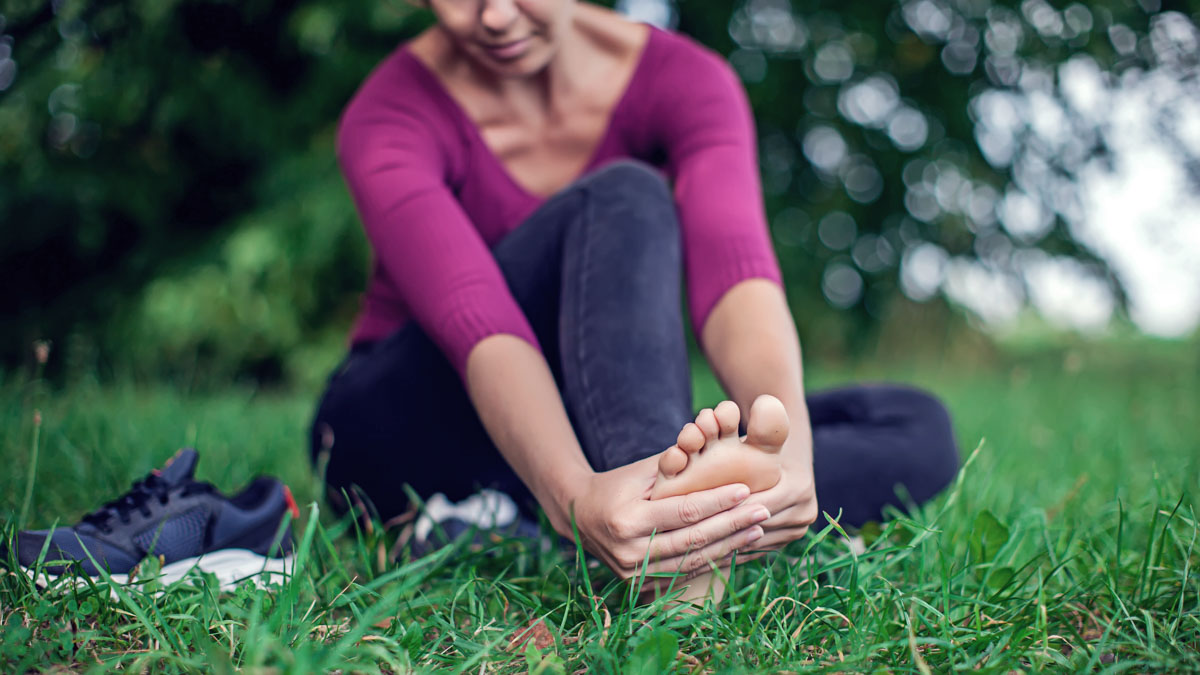 If you have an athlete considering getting a steroid shot to rehabilitate a persistent injury, you might want to read this first.

Injury is an all-encompassing term and can mean a lot of different things. In terms of endurance sport, there are three common categories of injury: Acute injury from trauma (like a broken bone from a bike crash); chronic, overuse injury (like IT band irritation from extended downhill running); and finally, an injury caused by disease processes like osteoarthritis.

For many sufferers of injury, the remedy will often be straightforward. This is most often the case for acute injuries. In the example of a fracture sustained in a bike crash, casting the bone and giving it time to heal is well accepted as the means of treatment. On the other hand, for chronic injuries and those related to underlying medical illness, treatments are often not so obvious or uniform. As a result, athletes may feel anxious or even desperate as they struggle to find the right solution allowing them to return to sport as quickly as possible.

This struggle fuels a veritable industry of snake oil salespeople and quasi-practitioners who will promise miraculous results to anyone who uses their product or technique. Unfortunately, the reality is, that in almost all cases, these various ointments, injections or ‘alternative’ treatments rarely offer the benefits that are promised.

Over the course of this series, I am going to examine some of the products that have been promoted as cures for common athlete ailments. Some have actual science behind them, validating their benefit. In other cases, their benefit claims are outright false or lack any scientific backing.

This first article will cover several use cases for steroid injection as it is a commonly used treatment for injured athletes. There are myriad other uses for steroid injections and this article is not meant to be a comprehensive review of all of those cases. Instead, I have selected a representative sample of those problems that are most commonly encountered by athletes.

One of the oldest remedies that athletes with chronic (and in some cases acute) injuries have sought out is steroid injections. There is a long-held assumption that if you have a swollen joint or tendon, or if you have a diagnosis that ends with ‘itis’, it’s best treated with a shot of steroids. So, what does the science say about this and how do steroids work to treat inflammatory injuries?

The response to injury at a local level is extremely predictable. After tissue and cells are disrupted, a cascade of chemical signals initiates the migration of white blood cells to the area to begin a process of clean up and repair. Here’s an example—when you sprain a joint, you cause a small tear in the ligament, also known as the structure that affixes two bones in the joint together. There is a sudden sensation of pain, which limits further use of the joint, and then swelling ensues. Over time, within that swelling, damaged tissue is removed, new tissue is created, healing occurs and in about two weeks everything is resolved.

In other categories of injury, such as injuries caused by disease processes, things don’t work out so well. Consider osteoarthritis. If there is inflammation within the joint caused by micro-damage to the cartilage, with this condition, the body doesn’t react with the normal inflammatory process as described above. Rather, the inflammatory process begins and the damaged cartilage is removed by the body but for reasons we aren’t totally clear on yet, new cartilage is not laid down and so the healing process becomes part of the disease.

Inflammation and its resulting pain have long been driving forces behind medical and non-medical research. In the 1940s and ’50s, scientists discovered a class of drugs that would have a profound effect on the medical treatment of a host of diseases. Cortisol was the first chemically synthesized corticosteroid that was used initially to treat patients with Addison’s disease.1 Over time, physicians came to understand the other important characteristics of this agent such as its powerful anti-inflammatory properties.

Now at this point, it is important to distinguish the different classes of steroids: Anabolic steroids (which generally enhance muscle mass, strength and speed); sex hormone steroids (such as estrogen and testosterone which has some anabolic effects as well); and finally glucocorticoids like cortisol, cortisone, prednisone. These are the most prevalent to this article as they all have similar properties, the most relevant of which is their anti-inflammatory effect. These steroids do not have any anabolic effects.

Over several decades, researchers have conducted many studies on whether or not glucocorticoid steroids are helpful in treating all manner of ailments in athletes. Unfortunately, the results are not particularly encouraging. Studies have shown negative findings with respect to the treatment of osteoarthritis of the knee and only marginal benefit for the treatment of plantar fasciitis.

Despite the lack of consistently positive results, steroids are still frequently used on injured athletes. One study in the Netherlands of patients with injuries to the neck, back or shoulder found that one in five received a steroid injection at some point during their recovery.

Pattern Exceptions, But with Questionable Results

There is one instance in which steroids have been shown to have some benefit. When an athlete is suffering from an acute knee injury, steroid injections have been shown to reduce inflammation and pain. That being said, this injection does nothing to heal the injury. Perhaps as a greater drawback, by reducing the pain you also limit the important protective mechanism of the body, and as a result, the patient can incur greater damage. This is common with steroid-treated meniscus tears.

A study of ex-professional soccer players from the UK demonstrated exactly that. Among players who had sustained some kind of knee injuries during their career, almost half reported receiving a steroid injection and more than two-thirds had chronic knee pain long after their careers were over.

A special consideration for steroid injections is tendinopathy. Chronic injuries of the tendon lead to structural changes in the tissue that can predispose an athlete to chronic pain, weakness and even rupture. The process of disease in the formation of tendinopathy is not attributed to an inflammation mechanism. Still, studies have shown some benefits to the pain when steroids are used. There is one caveat to this. These injections significantly increase the likelihood of tendon rupture. As such when an athlete receives a steroid injection, they need to reduce activity and carefully rehab the injury.

In the end, the decision to pursue a steroid injection should not be taken lightly and should be done in conjunction with a health professional who has a lot of experience managing the injury in question. For the most part, the research has been pretty clear—steroid injections are generally of no benefit (shoulder, knee), in some cases may provide transient symptom relief (plantar fascia, some tendinopathy) and in many cases can lead to long term sequelae if used indiscriminately (tendinopathy, knee).

In the next article, I will review the evidence behind the use of platelet-rich plasma injections or PRP. Until then, train hard, train healthy.